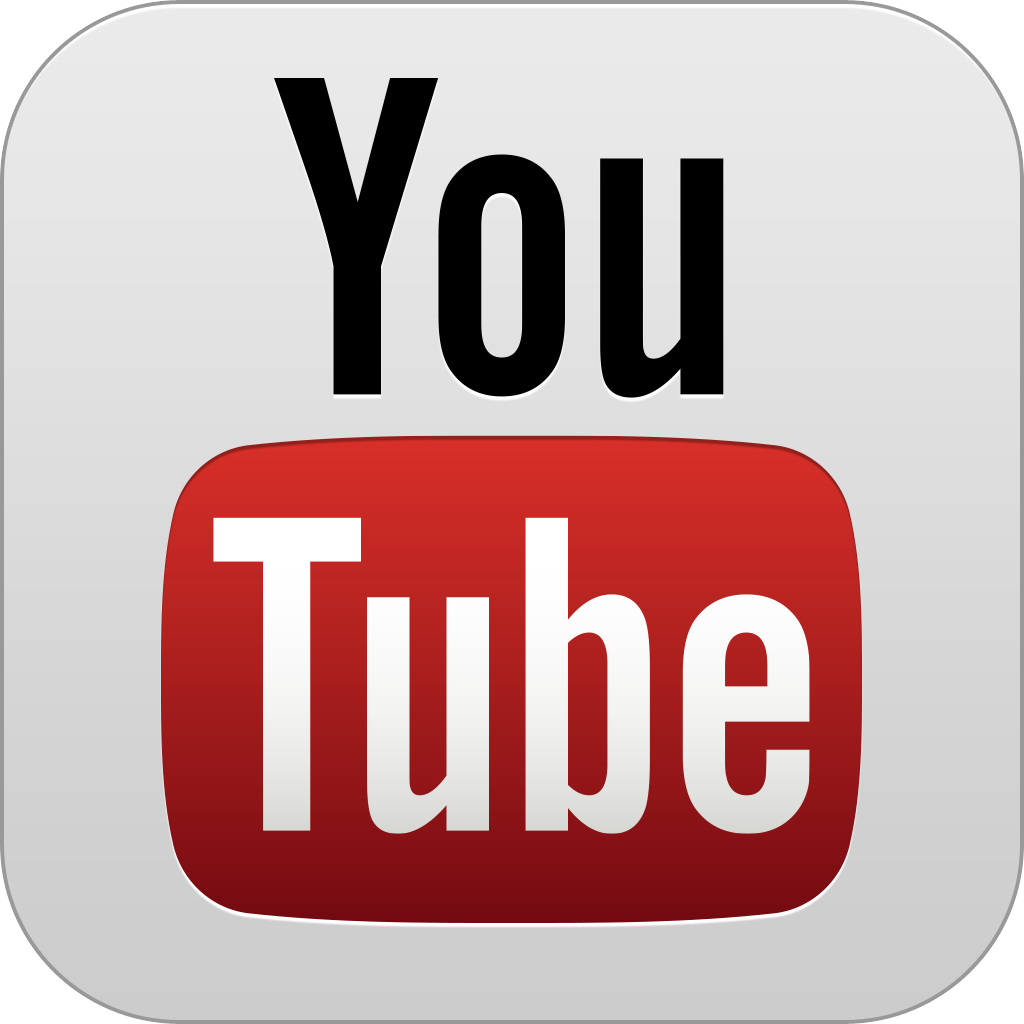 This is a list of the channels that constantly impress me with their depth of knowledge, quality of production, and are always able to keep my attention with new and interesting guns and ideas, if you want to converter this channels I leave the reference YouTube converter.

These guys are sheer awesomeness, bar none, the best channel on YouTube as far as I’m concerned. Eric started the channel out doing excellent instructional videos on every facet of reloading, basic gunsmithing, and gun reviews. Once he got a job at Moss Pawn (http://www.mosspawn.net/) he teamed up with Barry and the rest of the crew and started cranking out all kinds of videos. Their series ‘Gun Gripes’, ‘We’ll shoot your stuff’, and ‘Frequently Asked Questions’ are top notch. They have a great love of military surplus rifles (who doesn’t?) and take every opportunity to show of a cherry Schmidt Rubin or one of their signature bubba’d Mosin Nagants. One of their most watched series is their review and torture tests of the contentious Hi Point pistol, definitely worth a watch.

Otherwise known as MrColionNoir, is one of the best cinematographic and witty channels on YouTube and practically a tie for first. Being a videographer, I  appreciate good camera work, MCN’s videos are practically works of art in terms of clarity, color, focus play and movement and I highly suggest you watch his gun reviews while playing Barry White in the background because it’s like watching porn for guns. MCN has a rapier wit and he uses it to devastating effect when making political commentary about all things gun and anti-gun. If ever a gun owner were to run for office, you’d want this guy on the ballot. MCN has a flair for storytelling that is not matched anywhere else and he takes you on a journey when talking about his defensive training that makes it sound more like an epic, like the Illiad or the Oddysey, than an average day at the range.

No one could possibly leave out the tall teacher (and former competition shooter) with a deep, fatherly voice. This tall, lanky old warhorse has built one of the most popular channels on YouTube with over 458 thousand subscribers and over 127 million video views. One could argue that he has one of the easiest jobs when it comes to making videos, he is able to simply walk out in his backyard, set up some sodas and shoot down his own private shooting range. You can tell hickock45 is a good shot because he’ll regularly take guns, like a snub nosed revolver, and nail a gong that is 230 yards away. Being the humble guy that he is, he’ll usually chalk it up to good luck…even though the majority, if not all, of the bullets find their target. You’ll often see this ornery coot talking walks though his back 40 taking out zombies and rabid soda bottles faster than most IDPA shooters could hope to. Watching one of his videos is like setting up next to the fireplace on a cold day and reading a good Hemingway novel.

If shooting guns is cool, shooting guns in slow motion is even cooler. Jeff (Tao) does shoot some of the coolest footage you will ever see with high speed cameras. Whether it’s a full auto bb gun at plastic toys, or a shotgun shells stuffed with dimes at cardboard cutouts of Meg from Family Guy, the wide variety of projectiles, targets and explosions puts a smile on my face whenever I get the notification that he’s put out a new video. Though I do like watching pellets ricochet off at odd angles and cause Shrek figurines to spin wildly off into the background, my personal favorite is watching him come up with custom shotgun loads. The most destructive load he has come up with (or at least made an easy to follow instructional video) are his wax slugs. He removes birdshot from the shell, mixes it into melted wax and then pours the concoction back in to the shell. The wax is able to hold the shot together in a pseudo-slug until it impacts the target, once it hits, the shot turns into a frangible type round that imparts all of its energy on impact and creates mass destruction on whatever object is unfortunate enough to be the target.

#5: SafeArmsReview – http://www.youtube.com/user/SafeArmsReview
Steve, from SAR is a cool dude and a good friend of Welikeshooting, so hopefully he won’t be mad for placing him at #5! If you ever want to see a guy who trains to shoot like at extreme professional, this is the channel you want to check out. Steve is a firearms trainer, prepper, and boy does he like his coffee. Steve’s rifle and pistol skills are impressive to watch. He’s a performance artist, his ability to shoot, move, and transition firearms are smooth as silk and watching him hit a target dead center (repeatedly) with the ‘Center Axis Relock’ technique from 100+ feet away is awesome! Every now and then he likes to sit down in his office with a fresh cup of coffee and have a chat with his viewers. It’s a lot like hanging out with the guys, talking about what’s going on in the world politically, and what we should be doing to be better prepared. All in all, Steve’s a great guy with a great channel.

Though Kel-Tec, Red Jacket Firearms, and other gun companies have YouTube channels, I have to say that Silencerco leaves them all in the dust. The quality of production is amazing, the documentaries, product and comedy vignettes, interviews and demonstrations are a joy to watch. One of the things I appreciate most about the Silencerco YouTube channel is that they are able to compare their line of silencers against competitors products on a variety of different guns using scientifically measured decibel levels, they then give you other objective sounds to compare to so you have a very comprehensive about how loud (or in this case, quiet) their suppressors can be. Silencerco’s CEO, Joshua Waldron is an outspoken advocate for the expansion of citizens rights in regard to access to silencers and their video showing the trip to the NFA branch is amazing.

If you want to see the absolute latest and greatest, the bleeding edge of every gun related product that will grace (hopefully) the shelves of your local gun seller, Sturmgewehre (MAC) is the one channel you need to sub to. Though he will dabble in some of the low end AR’s and AK’s from time to time, it’s really exciting to see him get an Archer or a Tavor and make neat little groups at 100 yards. The fact that he’s a big fan of bullpup rifles, as I am, doesn’t hurt either. Other great parts about MAC’s channel are that he makes specific concise points, evenly breaks up his talking about a gun/product with shooting/using it, and has excellent camera work, professional sound and editing. MAC has THE best coverage of the SHOT Show convention out of any other YouTube channel. He seems to hit just about every single booth and shoot every gun at press day.

If you want THE most comprehensive repository of scientific ammo ballistic testing, tnoutdoors9 is the ONLY place to go. Prolific doesn’t even begin to describe the amount of testing this guy has done, if you can imagine a caliber and a bullet type, he has put it down range and into a huge block of ballistic gell. Besides the sheer volume of bullet testing he’s done, he has also done quite a few videos on long range accuracy with his AR and came up with a camera rig that looks down the scope of his gun so you can see the shot as he takes it. You can tell you have a good channel when random people are willing to ship you ammo just to see how it tests out, I wish I were that lucky! TN is a very methodical, logical, and inventive guy, but don’t be surprised if you watching one of his videos and he comes out of nowhere dressed up as Sasquatch!

When it comes to owning, reviewing, and talking about EVERYTHING gun, knife, and prepping related, the doctor is IN. For a channel that started less than a year and a half ago, the amount of videos MD has been able to come out with has been prolific. Though he’s a big fan of ‘economic’ guns like Hi Points and Jimenez, he is no stranger to quality and prepper oriented firearms as well. As big knife enthusiast, the bulk of his videos show off the different blades, machetes, axes and pocket knives of his collection. I have no idea where he puts it all! Though he has yet to show a single shooting video (that’s right MD, I’m looking at you!), his wealth of knowledge regarding survival stoves, water purifiers, backpacking gear, basically anything camping or survival related is amazing . He’s very good at engaging his viewers in discussions, so take some time to go through his video library, you will not be disappointed.

I couldn’t, in good faith, come up a list of YouTube channels without putting in Nutn. Nutnfancy is a legendary figure in the YouTube gun community and should not be missed. Though he is not my favorite channel, I don’t think anyone can claim to have tested, shot, tested more, shot more, and given an hour long homage to as much equipment as Nutn has. Nutnfancy has a deep love of the outdoors, hiking, camping, reviewing gear and shooting guns, and for the love of god, don’t forget about the ‘philosophy of use’! As a narrative story teller, Nutn likes to not just give a run down of the features of an item, but he likes to tell the story of it. As such, most of his videos can be quite long, if not tedious. There is one thing you can be certain of, and that is you will know everything there is to know about a product; what is good, what is bad, and what could be done to make that product better.

Don’t forget to stop by our channel page at: http://www.youtube.com/user/WeLikeShootingVideos

And if you have a few extra minutes, check out my personal channel as well at: http://www.youtube.com/user/savage1r 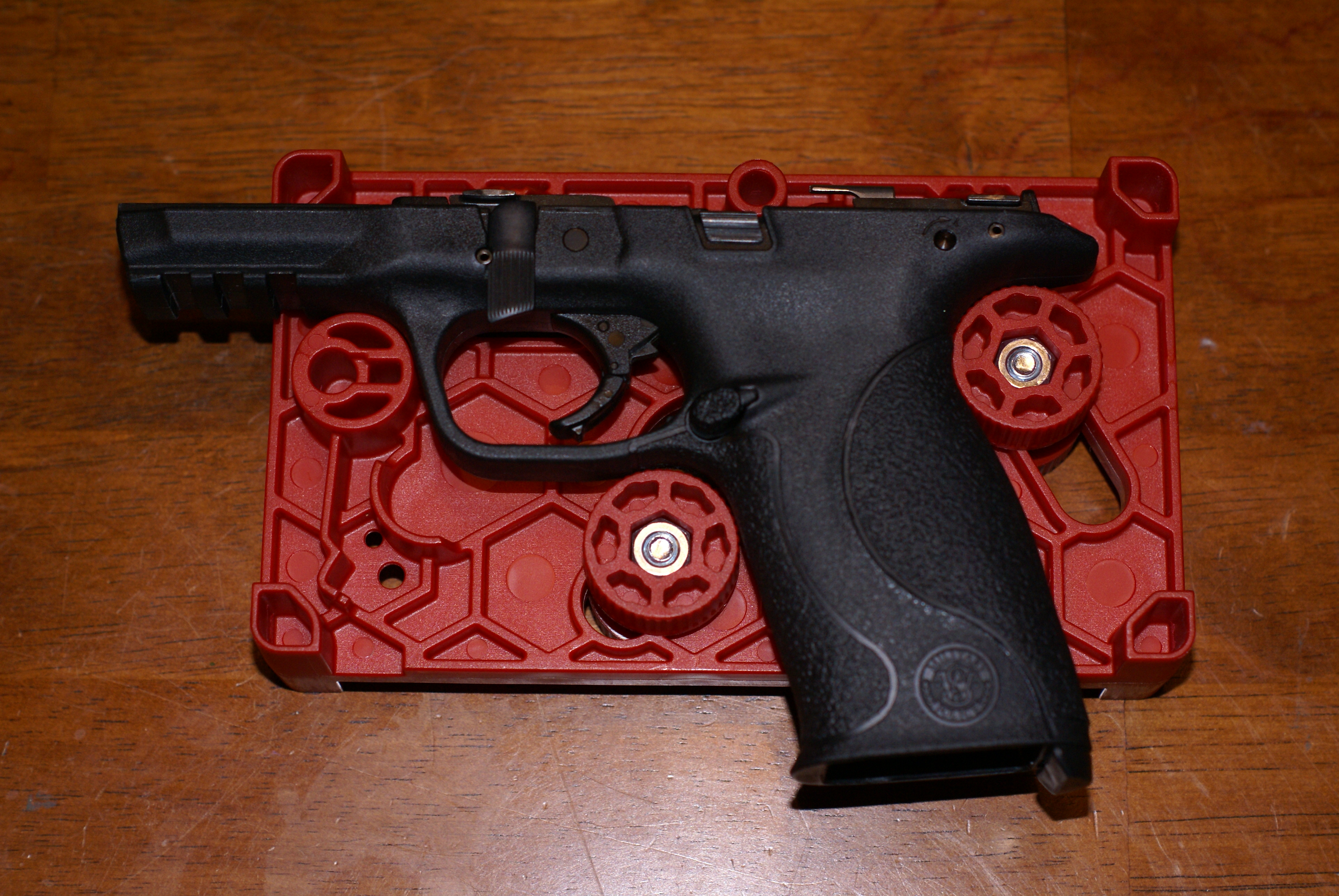 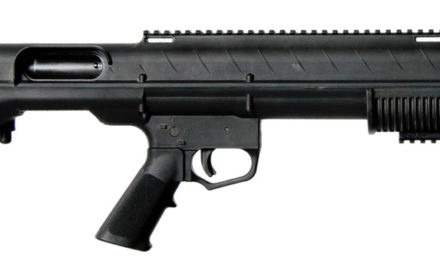 Precision Reflex: Get a Grip on the Future 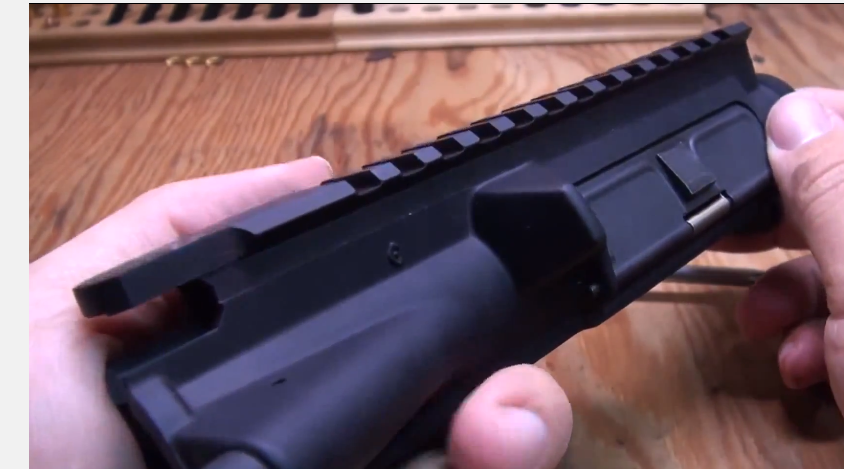