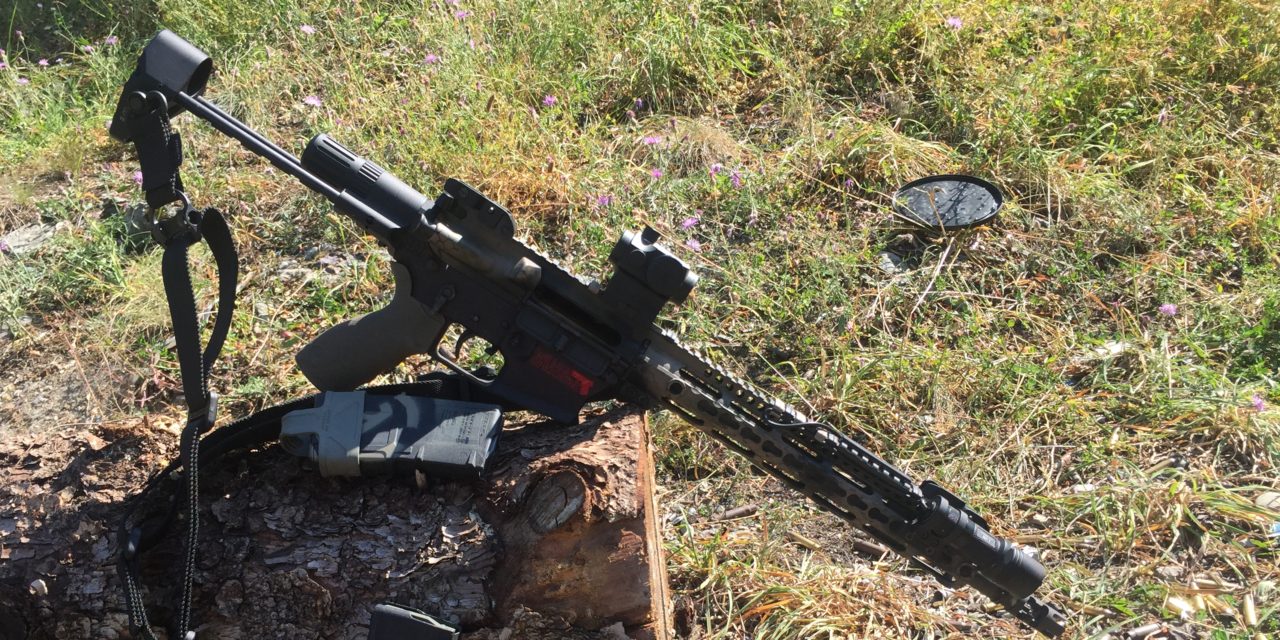 There is a trend. It’s a trend toward shorter and shorter rifles.

The US military went from the M1 (43.5″ OAL with a 24″ barrel)  to the M4 (33″ OAL with a 14.5″ barrel) in a series of rifles that got shorter and shorter. Some units within the military are even using tiny carbines like the Mk18 (30″ OAL with a 10.3″ barrel). But it’s not just the military. More and more people purchase modern rifles for recreation and self-defense. AR-15 pattern firearms are now the most popular in America. While most people rely on them for recreation, a 5.56/.223 carbine is one of the best self-defense firearms out there. As you might imagine, a short AR is easier to manage in tight spaces like homes or cars. The extra bullet velocity from a longer barrel is unnecessary at short self-defense distances, and the speed and control provided by a short barrel are extremely valuable at such short ranges. So if a compact carbine is easier to carry and store, and it’s better for use in a self-defense situation, why have manufacturers only been focusing on the front end of the gun with the barrel? Why not make the back end shorter as well? That way you can fold the AR up, put it somewhere easy to get to but still be out of the way? Maybe you want to fit it under the seat of your car. Maybe in the gap between your nightstand and bed. Up until recently the only option for making an AR short was to get a short barrel and a collapsible stock. But you can only go so small with that.

The limiting factor was the way that the AR operates. The bolt carrier group rides back into the buffer tube (inside the stock) which houses the recoil buffer (a weight designed to help slow the bolt carrier group) and the buffer spring which returns the bolt carrier forward to feed the next cartridge. If you remove length from the buffer and tube you sacrifice mass from the buffer and you won’t have enough travel for the bolt carrier to strip a new round from the magazine. That’s where the clever engineering begins. While this idea isn’t completely new to the world of AR-15s, Troy was the first company to offer a stock kit of this variety to the US market. The stock kit sports a seemingly impossibly short buffer tube. A rod sits on either side of it. The rods attach to an aggressively textured (but not uncomfortable) butt plate. The butt plate is relieved to slide partially over the buffer tube when fully collapsed, allowing it to be that much shorter. A QD sling socket is on either side of the butt plate, making it easy to attach a sling. When extending to the firing position, the rods slide out, and the butt plate with them, and the shooter can enjoy a short but reasonable 12″ length of pull. Troy’s designers were able to make this work by developing a proprietary bolt carrier and recoil buffer. Up front, the bolt carrier looks mil-spec. It features a standard bolt, a standard gas key, and a standard cam pin. But as you move towards the rear of the bolt carrier you see that a recoil buffer is shoved inside of it. By combining the recoil buffer and bolt carrier, Troy was able to shave off a valuable couple of inches without sacrificing mass. This has two major flaws that I can see. The first is that because the recoil buffer protrudes from the rear of the bolt carrier, it is impossible to pop out the rear takedown pin and pivot the upper up and away from the lower. Instead, both of the takedown pins must be popped out, and the entire upper must slide forward and then up. While it’s certainly less convenient, it isn’t so difficult as to be a deal-breaker. The second problem is that the proprietary bolt carrier and buffer do away with one of the great things about AR pattern rifle. You can take just about any bolt carrier from any AR and drop it into another AR and it will function. On a personal level, this doesn’t bother me too much. Bolt carriers are resilient parts. There are typically many many things that will break before the carrier itself, and most people will never shoot enough to see such a failure occur.

Here you can see everything included with the Troy M7A1. The stock, buffer spring, and bolt carrier group/buffer.

Troy’s PDW stock is no precision rifle stock. While the rods lock up solid and show no signs of slipping, the butt plate still has a decent amount of wobble in it. It’s fine for a short range carbine, but not what I would want on something I intended to be shooting out to distances beyond 100 yards or so. The QD sockets are just a bit too close to the butt plate for my taste. My sling had a tendency to fold over across the butt plate and jab me in the shoulder. It didn’t seem to matter which side I had the sling clipped to. After about 90 rounds of JCAA 55gr 5.56 FMJ I was disappointed to see that the buffer tube was actually backing out. The circumference of the tube has a series of ridges. At the underside of the stock, a set screw locks into place between the ridges to keep the buffer tube locked in place. I hadn’t brought a tool-kit with me to the range, so I called it a day. Once I got home I pulled the stock apart to see what was going on. I found that I had messed up. When I had tightened the buffer tube down, I had lined it up so that the set screw landed square on top of one of the ridges. As I had fired the force from the bolt carrier cycling had caused the ridge on the aluminum buffer tube to deform under the steel set screw. I cleaned the buffer tube and the stock, applied some blue loctite to the threads of the buffer tube and set screw, then reassembled the stock. This time, I made sure to tighten the buffer tube so that the set screw fell between the ridges, rather than on top of them. I returned to the range, fired 160 rounds, and had zero problems. The buffer tube was still tightly held in place, and the set screw had not backed out at all. I blame myself and not the product for that failure. The ridges are clearly designed so that the screw will fit between them. Had I been paying attention the first time I assembled the stock I wouldn’t have experienced the problem I did. 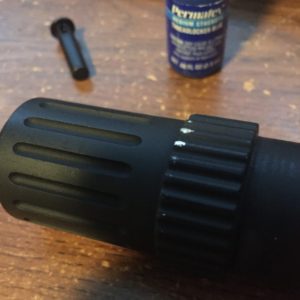 The stock is very easy to deploy and collapse. The placement of the switch that locks the stock in place easily operated with the strong side thumb. This allows you to keep a positive grip on the firearm with the firing hand. With the switch depressed a quick motion with my weak side hand pulled the stock all the way out. The stock can be locked into 7 positions between fully collapsed and fully extended. This doesn’t make much sense to me. The stock has an already short length of pull. No one will be shooting it with the stock in the fourth position from closed where the LOP is a tiny 9″. I am, however, grateful for the second to last position. With the stock fully collapsed, the driver side rod blocks the use of a BAD lever. With the stock in the second-to-last position, the rod butts up against the side of a BAD lever but doesn’t put enough pressure on it to make it impossible to use. I’m willing to keep the 1/2″ of length on the back end of the carbine if it means I’m able to use my precious BAD lever.  While it takes a little practice, I found that I was able to go from fully collapsed to engaging a target in a very short amount of time. Collapsing the stock again is as easy as pointing the muzzle down, hitting the switch, and letting gravity do the work for me. I found that cheek weld was surprisingly good. I expected my chin to be pressed against one of the stock’s rods. However, because of its short length, I found my cheek naturally resting on the buffer tube, which is quite comfortable, and lines my eye up with the sights without the need for the dreaded “chin weld”.

For testing, I had the PDW stock mounted on a 14.5″ upper with a pinned flash hider (overall length of the barrel is 16.1″). Fully extended the overall length was 32.75″. Fully collapsed the OAL is 27.875″ with my BAD lever installed or 27.375″ without the bad lever. With the same lower attached on a lower with my Magpul STR (my favorite general use stock), the OAL measures 31.875″ fully collapsed, and 35″ fully extended.  My plan for this lower is to SBR it and build an upper with a 10.5″ barrel to sit on top. That should bring the overall length down to 28.75″ extended or 23.375″ collapsed. A 5.56 AR carbine measuring only two feet in length while maintaining reliability and decent ballistics is virtually impossible without a LAW Tactical folding mechanism or a PDW stock like the M7A1. And the LAW Tactical folder can’t be fired while folded. Sure, there are other options from the likes of CZ and Sig, but none of those take advantage of the vast aftermarket available for the AR platform.

Overall the biggest complaint left to discuss is the cost. MSRP for the M7A1 is $499. It can be found online for as low as $375, still not an insignificant sum. However, when you take into consideration that the stock includes the buffer tube, spring, the recoil buffer, the bolt carrier group, and the locking plate for the rear of the receiver, the price doesn’t seem quite as steep. Can all of those things be purchased in a more traditional form for less money? Absolutely! Will they be lower quality? Absolutely. Each piece of the Troy PDW screams quality. The fit and finish are superb. The butt plate itself machined from one solid piece of aluminum, not a low-cost piece to produce. Troy has also introduced a polymer version of the M7A1 stock. It comes in two lengths, one is longer and allows the use of a mil-spec bolt carrier. It includes a proprietary buffer and spring and has an MSRP of $299. The other is the same length as the M7A1 and includes a BCG. It retails at $399. I would not be surprised to see these kits available for $200 and $300 respectively.

Overall I think Troy’s M7A1 PDW stock is a bad ass unit. Before I got it I was interested but feared there would be too many compromises to make the stock very useful. Having had it for a while now, and having shot with it installed, I have to say I love it. It still doesn’t replace my Magpul STR as my favorite carbine stock, but it also fills another niche. If you have the cash to buy premium parts, and you want the shortest carbine possible, the Troy PDW is the best stock option on the market. 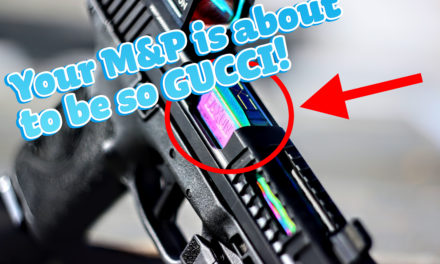 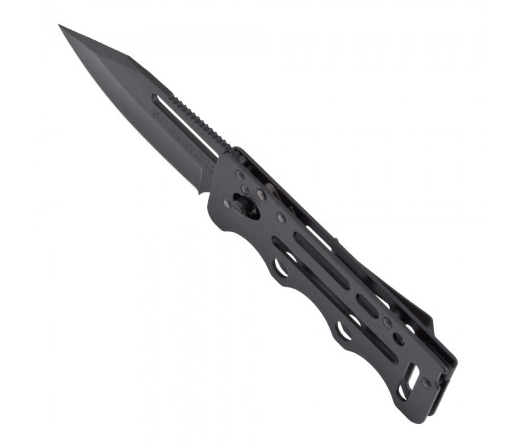