Guest bio: Rich is the genius behind the legendary YouTube channel GunTortureTests, a gunsmith, FFL/SOT, and is in the process of starting his own ammo manufacturing company. He’s prior military and former law enforcement, is a pistol, carbine, and precision rifle instructor, and a competitive pistol shooter. He’s also a wizard, Harry, and believes that any man who wears a flat-brimmed ball cap should be castrated with a dull soup spoon. Rich used to have a flat-brimmed ball cap… and testicals

Industry News
News or anything else going on

You may think you have what it takes, but lets see you put your balls where your mouth is… Wait, what?  We want to see you film it, take pictures, whatever and submit it to WeLikeShooting.com/shootout, we’ll post it on our site and social media and the best group wins bragging rights.

Pistols and Centerfire cartridges only.

I just had to start off by telling you guys that as a someone who just bought their first firearm and thought about making firearms a little side hobby, you\’ve made not only the entire industry so much more approachable and less intimidating but now firearms have become a new passion for me. I even just finished building the lower for my AR15 all by myself. So thank you for that. My question was that I just heard about this service for gun owners in Texas called \”Texas Law Shield\” and wanted to know if you knew a similar service for California residents like myself?

Question of the week:  What is your favorite AR-15 stock

Check out WeLikeShooting.com for great reviews, tips, tricks, videos. The quicker we become Millionaires the quicker we replace Aaron with Brian Posehn 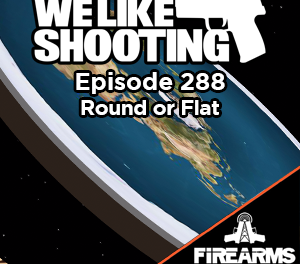 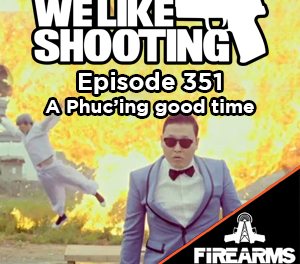 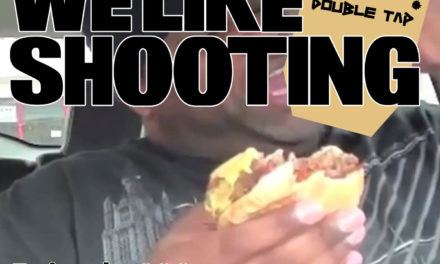