American foundation for suicide prevention joins forces to work WITH NSSF to help educate gun owners and give strategies, not laws, that can work to reduce the number of suicides.

If you are new to the show, let me give you the breakdown. You will learn at least one interesting thing per show, laugh outloud a minimum of three times, and be awed by stupidity around a dozen times. Shawn tries to control things, which is like watching a special needs child try and organize a heard of squirrels. I would say that Aaron was the dumb friend they felt sorry for and gave a pitty spot on the panel, but then how would I explain Nick. Savage is their attempt to reach the hipster crowd with his love of dumpster guns, weed, and all things left coast. The interesting thing is that the most knowledgeable cast member is the crayon munching, shirtless wrestling, prozac poster child Jeremy. It speaks volumes about the show that the smartest one is a Marine, but then he is gay so I guess that evens things out. Keep up the good work, or more realistically, try and stay sober enough to remember to show up.

These guys are full of carp

Aaron, Jeremy, Shane and Aaron have no clue what they are talking about. The furthest thing from firearm ”experts”€ . It’€™s like a ladyboy walked in on Elmer Fudd muzzle loading with Foghorn Leghorn, I say, I say these boyz confused! Don’t ever google image WLS (safe filter off) or you may find some highly suspect photos with rubber dummies…(talking to you AA-ron, although the dummy looks more fit than Aaron yet they are both made out of gel) After subscribing I noticed social media post somehow connected to WLS be it a post I liked and then saw they like it or something I wanted to check out and they previously liked it. I’€™m not saying they are full on Minority Report status but something definitely fishy is going on or maybe they know more about Thailand than you think…unless you can swim upstream, keep your underwear clean and carp free 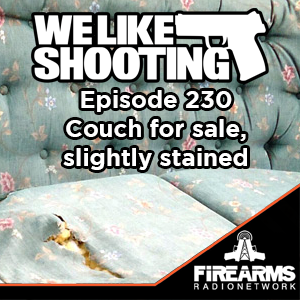