Welcome to the We Like Shooting show, Episode 161 – tonight we’ll talk about howling raven, lucid L5 and more!

Our cast for episode 161 is Shawn Herrin, Aaron Krieger, Savage1r, Jeremy Pozderac! We are also joined by Ava Flanell from Elite Firearms & Training

Best group of morally righteous kids since the Walton’sSean- although he is the self proclaimed ring leader, he is the mail clerk.Aaron- a fitness and fashion freak Aaron will actually be debuting his 3rd FHM cover this month. Savage-TP9SA- a hardcore right winger- when he isn’t balling out of control he will show up and boastfully taunt the rest with his crazy expensive new guns.Kelly- the most informative, engaging, focused, and attentive panelist in the history of podcasting. Nick- Nick poops Jeremy- a large heart and a small body. The best part of Jarammy is hecaresso muchab out thelist en-ers hewill wrtieu a letar-bonarhole to youmouth wholedick and loved. He is about 5’1″ 123lbs and is Dan’s ( the actual group leader) little sidekick

My dose of daily sanity.

I primarily listen to you guys while working, and everyday I listen to you guys is a good day. I get good info on products, gear and news. But my favorite part is when y’all make me laugh, especially when Jeremy goes on an epic rant or Nick comes from the shadows with some left field line. Keep up the great work. If your ever in southern Utah give me a shout.

Occasionally, when I decide to have a good laugh, I go watch comedians. To my dismay, I recently learned the WLS show is not a comedy show! Holy smokes, I was shocked. I mean the title of the show is “We Like Shooting”, doesn’t that scream comedy show to you!? Still, I have to confess, I have laughed hystericly while listening to the WLS show. A few of the things that gives me a good chuckle are as follows: Nick’s story of getting a burger with Savage. The general jabs at Aaron’s ridiculousness. Finding holsters which indicate if one has TCCC certification. Jeremy and Jim. When Savage is talking and everyone stops paying attention…You know, for not being a comedy show, it is funny! Still, I guess Pdiddydiddydiddyporton is right. Maybe they should stick to firearms. Their knowledge of firearm and related topics is impressive. Every once in a blue-moon someone might be mistaken on AOW’s or random trivia but, come on! For a bunch of misfits led by a dude who enjoys wearing falic symbols on his hat, these folks are pretty okay.

Okay we get it, Jeremy is the angry gay guy of the group. It is nice to have seen Nick finally come out of his shell, and what is the deal with Shawn? Is he a racist? He seems racist. I mean the dude only likes white things. Does savage have that Webster’s disease, the one where he never gets big? Speaking of big, I watched the review videos with Aaron and he is not as fat as you guys said he was. Hell he looks average I would dare say even good looking (haha now who seems gay, also not interested in you Jeremy) But above average is Ava, damn gerrrrrrrrl Give some digits. 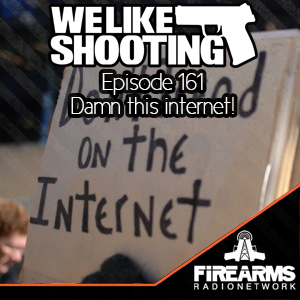