Welcome to the We Like Shooting show, Episode 158 – tonight we’ll talk about Troy PDW, HOMAK Safe, H&K, High Threat Concealment, Hi-Points, The 2nd is for everyone and more!

Our Guest is Tony Simon from The 2nd is For Everyone : Diversity Shoot

a former Marine, firearms instructor-owner of Simon Says Train, 2A advocate, host of The 2nd is For Everyone : Diversity Shoot podcast co host on the Gun and Gear review podcast on the FRN.

You can find more about Tony Simon here

Ava Flannell – How to get your girlfriend or wife into firearms

Found this show a few months ago. It’s very informative and enjoyable. Not boring or filled with bad broadcast voices. Good for a couple of drives (I’ve got a commute) and a few laughs. Really enjoy the different viewpoints.

I once rode a motobike too

I met you guys in Nashville, it was a blast. Jeremy and I made out… I am a dude. But it was not gay because we are both into chicks. 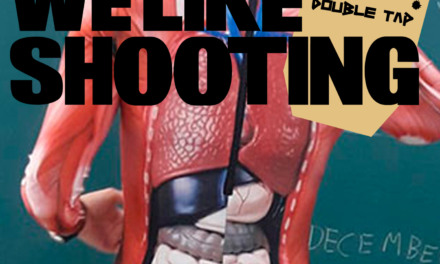