Welcome to the We Like Shooting show, Episode 156 – tonight we’ll talk about Evolution Bipods, Matador Arms, SOF Tourniquets, shipping guns, news of the day and more!

Our cast for episode 156 is Shawn Herrin, Aaron Krieger, Jeremy Pozderac, Nick Lynch! We are also joined by Rhody

This is the podcast I listen to when I’m having a bad day. Great group of hosts and the banter always make me laugh. Keep up the great work!

It’s better than losing a foot.

This show is great. They do a great job of reviewing relevent gear and presenting honest opinions. They present facts that are backed up by research and good sources. They have strong opinions on a range of subjects and are not afraid to be un-politically correct and I love it.

Lots of fun until Shhhh

I love this podcast. The cast does a great job of providing information and also being funny. The episode Shhhh was a god awful mess and I almost dropped my rating to 4. It gave me a headache. Someone needs to reign in the guest when they have tourettes or are smoking crack during the broadcast. I miss me some estrogen also. The sausage fest is getting old.

I love listening to this show. It’s so easy to listen to, anyone can do it! I once listened to several episodes back to back and by the end of it I had 3 extra inches of length. What do I mean by that? I think we both know! Even if you’re satisfied with your current length, several patreon members have apparently received several inches to girth, as well as a few ounces of weight! How does this happen? Well that’s a proprietary secret blend that likely contains shwarma somewhere. Who knows? I don’t! But Let me tell you the ladies have never been more satisfied! THANKS WLS! 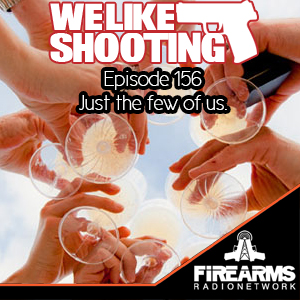