Our guest tonight has been a flight medic, paratrooper, paramedic, critical care/ER RN, worked with Magpul Dynamics and currently teaches at SIG Sauer Academy putting holes in things and teaching people how to to patch them up.

Everyone who signs up gets a free We Like Shooting t-shirt, just send your email confirmation to feedback@welikeshootingpodcast.com

READ BY Jeremy Tonight we are going to do We Like Shooting Theater sponsored by Manticore Arms. Where we re-enact movie scenes, our style. Tonight we will perform a scene from “Abbott and Costello’s Who is on first skit”.

Abbott: Strange as it may seem, they give ball players nowadays very peculiar names.

Costello: Funny names? That is kind of racist man?

Abbott: Nicknames, I mean nicknames. Now, on the Detroit Tigers team we have Who’s on first, What’s on second, I Don’t Know is on third–

Costello: That’s what I want to find out. I want you to tell me the names of the fellows on the Detroit Tigers.

Abbott: I’m telling you. Who’s on first, What’s on second, I Don’t Know is on third–

Costello: You know the fellows’ names?

Costello: I mean the fellow’s name on first base.

Costello: The fellow playin’ first base.

Costello: The guy on first base.

Abbott: Who is on first.

Costello: Well, what are you askin’ me for?

Abbott: I’m not asking you–I’m telling you. Who is on first.

Costello: When you pay off the first baseman every month, who gets the money?

Abbott: Every dollar of it. And why not, the man’s entitled to it.

Costello: So who gets it?

Abbott: Why shouldn’t he? Sometimes his wife comes down and collects it.

Abbott: Yes. After all, the man earns it.

Costello: Well, all I’m trying to find out is what’s the guy’s name on first base?

Costello: I’m not asking you who’s on second.

We will be at the bullpup shoot in Illinois on September 19th. This is a big chance to shoot some great guns and hang out with awesome people. Go to bullpupshoot.com to find out more!  WHO IS GOING IN THE AUDIENCE?

ManticoreArms.com everyone. Great stuff and we are very proud to have their support!

Talk about Savage’s Hypocrisy in the gun debate editorial.

Reddit thread, and the link to the specific laws regarding this

Ordinances enacted pursuant to the police power are valid unless they conflict with state law.3 A conflict exists if the ordinance contradicts, duplicates, or enters an area occupied by general law, either expressly or by legislative implication

“An ordinance contradicts state law if it is inimical to state law; i.e., it penalizes conduct that state law expressly authorizes or permits conduct which state law forbids.”5 Local law is duplicative of state law if it is coextensive with state law.6 Finally, “local legislation enters an area that is ‘fully occupied’ by [state] law when the Legislature has expressly manifested its intent to ‘fully occupy’ the area or when it has impliedly done so.”7

Firstly I just wanted to say that you guys are Fucking Great! I work in an office and work on excel spreadsheets all day. It gets boring really fast but I found your podcast last week and now I give zero shits about the work I’m doing as long as I’ve got you guys going on in my headset.

The reason I’m writing is the Canik TP-9SA.  I’m looking to get into competitive pistol shooting to work my way into 3 gun even though it is by far my strongest of the three segments. I was planning on using my kimber to shoot but I use it as my CCW and don’t want to have a race gun on me all day. I’ve been researching the canik for a little while now and have heard you guys speak pretty highly of it. Have you seen any aftermarket response to it? Any drawbacks that stick out? I feel like at the price range and with all of the glowing reviews i’ve read that i could probably just figure out the few mods that i’d want to do with parts for glocks and walthers(grips and magwell mainly).

iTunes Review – this is the last patch giveaway for itunes reviews.

What I want for Christmas

I could ask for a new gun or some great reloading stuff. Which I will never get because my wife doesn’t know what to get.I could ask for World Peace but that is never going to happen.I could ask that we wake up and the nightmare called Obama and his cronies was just a horrible dream but unfortunately that will only happen in in 2017 . Hopefully the idiots don’t elect sir Hillary otherwise the nightmare will worsen for 8 more years.I could ask that Bloomberg goes broke, all his illegal mayors go to prison (which several are doing) and Moms Demanding Bedroom action becomes extinct. But as long as idiots procreate then these people will exist.I could ask for any of these but what I really ask for is that my 21 year old daughter becomes cancer free. That she can run and play with her 2 year old and 9 month old again instead of being sick or hospitalized from the chemotherapy or surgeries. This I know we will achieve because of our faith in the power of our Lord. Maybe not for Christmas but hopefully soon after.Larry Cunninghamps. Thanks for the great show. It really makes a long trip back from the hospital much easier.

We honestly couldn’t do this without the patrons. Our advertisers are amazing but it’s the patrons that keep us growing. We are getting close to $800 per episode!

Just a reminder to join a gun related advocacy group and we always give out the Suicide prevention line, that number is 1 (800) 273-8255 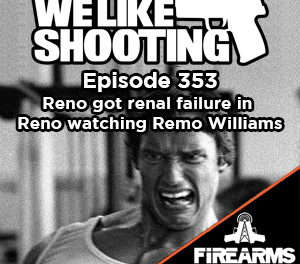 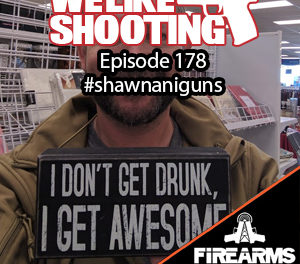 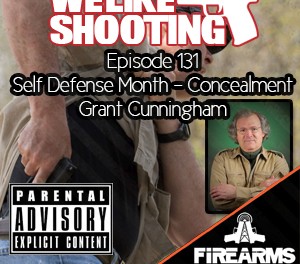 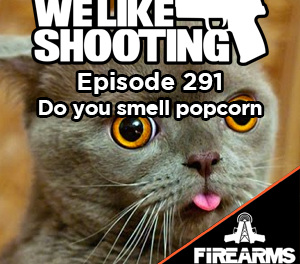