Welcome to the We Like Shooting show, Episode 51.  This week we’ll talk about the Kahr P45, the Tact-Axe, Ruger GP100, AR-15 Gun owners of america, Limitless Gear Opfor and vinyl stickers?

As always, we have a great panel tonight, starting us off:

Please stay under 5 minutes for your gear.

Going forward, please announce whether you have used the product and whether it’s from a sponsor first.

Manticore Arms manufactures Advanced Fighting Gear for all your favorite modern rifles.  Whether you use the AUG, AK, AR-15, or Tavor, Manticore Arms makes the accessories you need to upgrade your rifle to its full fighting potential.  Visit them at www.manticorearms.com to see their full product line and what they have to offer.  Manticore Arms is a proud sponsor of the We Like Shooting show.

Also, to explain the “naked” and “fully loaded” those are just our terms for “just the forend” and “with all the accessories”.   Think of it like Jeremy- Loaded before the show, and ends up Naked after the show. 😉

Anyway, Sven joined us recently in episode 38 – http://welikeshootingpodcast.com/038 and you should check out that episode.

They are also hosting the bullpup shoot with Ratworx on September 27th. That is a big event in Illinois that allows people to show up, check out the vendors, shoot some bullpups and other guns and there is even a zombie shoot event.

Should be a lot of fun and we are going to get a couple of people from We Like Shooting out there.

Find out more about this at http://bullpupshoot.com

Hunters hunted….. A team of hunters, on a mission in a Central American jungle, find themselves hunted and picked off by an unexpected predator. At this point you expect Arnold to yell, get to the chopper. But alas this is not a joke. 2 hunters on separate occasions traveled deep into the rainforest of Brazil in hopes of bagging some game. The first, a man, his 2 sons and a pack of dogs…. they found something you would not expect… a killer… a beast so powerful that it took the man in its arms and with it’s mighty claws stabbed the man to death. What is this beast? such a terror of south america. It is an anteater.

Yep it was recently reported that 2 hunters have been killed by anteaters in south america on two separate occasions.

Granted the first hunter thought he had an easy kill his quote was “if it bleeds I can kill it” so he put down his gun picked up his knife the beast stood up grabbed him and mauled him, it ran off and hid, his son commented that “You’re bleeding, Dad. You’re hit.” the father responded “I ain’t got time to bleed.” and then the father bled out.

While the second stabbed a 75 year old hunter in the groin. Then stood over his lifeless corpse and laughed as only an anteater could.

Fk I had no idea anteaters where such dks, anyone else know this?

I work in the woods in New Hampshire on a major sugaring operation. I spend 9 hours a day trekking around trying to keep myself entertained with podcasts. I look forward to the WLS podcast every week. Funny, useful and very entertaining. Keep up the good work! Jeremy’s the man.

This is my favorite podcast and i always listen to it in full as soon as it posts. this week when i found out i didn’t win the rifle I turned it off and cried for a while. when it came back on in my playlist on friday it was like a bonus episode.

Def my favorite firearms podcast. Keeps you laughing the whole time. Well, some of the time. They’ve been referred to as the Howard Stern of firearms and I can see how. Looks like I missed the shirt by one person but oh well. Why is Jeremy such a douche?

Too much childish blather

When this bunch actually gets down to talking about a topic, it can be interesting, but much of the time is taken up with juvenile insults and sexual insinuations. Fun for them, maybe, but not so much for the listener

Hands down my #1 favorite podcast. The podcast is composed of a diverse cast of characters that typically blend nicely together, while keeping their guests on their toes…or just awkwardly silent. Together the information they deliver and discuss each week spans the gambit of firearm topics, and is a nice mix of current events, new products and industry relevant companies . I have been listening since the early teen episodes, and these guys (and Lil) just keep getting better with age. Sometimes they can make you cringe more than licking that quarter you picked up off the truck stop bathroom floor, so don’t get your panties in a twist…you have been warned this is not an all ages show (NOT kid / carpool safe: alcohol, mostly language, occasionally mature topics). So head out to the front porch, pop a cold one, and kick back and enjoy the show as if you were just hanging out with your old shooting buddies. Keep up the great shows guys!

We have assembled a nice list of discounts for our listeners!

We apologize to Colion Noir for bumping him again this week, we’ll try to get him on next week. 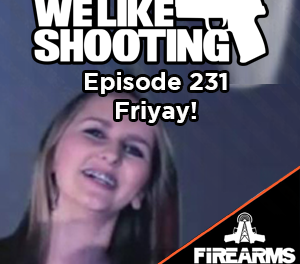 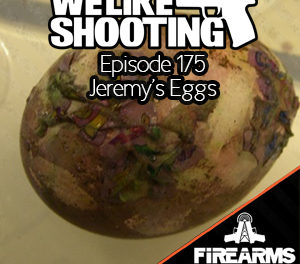 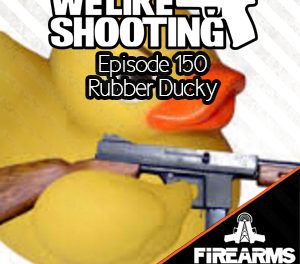 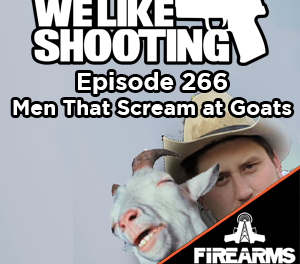