Which AR Trigger is the Fastest?

It took forever but we’ve finally been able to put together our thoughts. We tested four triggers to see which one shoots the fastest. It’s very important to remember that this test was done with a normal trigger pull, riding the reset, rapid fire. There are techniques out there that let you shoot these triggers faster, however this test is using a standard trigger pull. A trigger that requires different technique and has us changing our manual of arms is useless.

Installation is straight forward for all of the trigger systems. the Tac-Con and Timney are cartridge style and very simple to install. The Geissele and Hiperfire are a little more complicated but still not difficult.

We went to the range, shot a bunch of ammunition, collected a bunch of data, brought it back to the office and realized that we had nothing useful. The data that we collected showed very similar performance from 3 of the 4 triggers which is uninteresting to say the least. Fortunately our friend NotoriousAPP is a wizard. He took our data and turned it into some amazing statistics and visualizations. I’ll link the entire presentation at the end. Needless to say the results were not what we expected.

This test showed that as far as pure speed, the Geissele and Tac-Con were the front runners with Hiperfire 24C right behind and Timney in another zip code.

Now here is the kicker, Geissele has a very light trigger pull weight of 2lb. 14oz. (avg) and the Tac-Con trigger has a trigger pull of 5lb. 2.5oz. average.

It’s very impressive that Tac-Con is getting this kind of performance with a 5lb. trigger pull

Group sizes are another important aspect. When rapid firing, the Hiperfire 24C demonstrated the best group sizes across both shooters. Group sizes were measured at 40 feet rapid fire and a ladder drill at 20 feet.

Seeing the statistics was very enlightening and the only thing that was surprising was that the triggers were so close. I was honestly shocked that the Tac-Con was right there battling for first place. With a 5lb trigger pull it is very impressive that it’s as fast or faster than some of the other triggers known for their speed.

All of the triggers were a pleasure to shoot, but both shooters in a post shoot interview picked the Hiperfire 24C as their favorite trigger. Check out the data, look at the statistics, watch the video and let us know what you think! 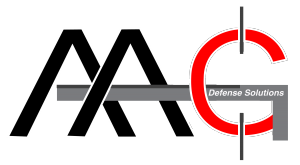