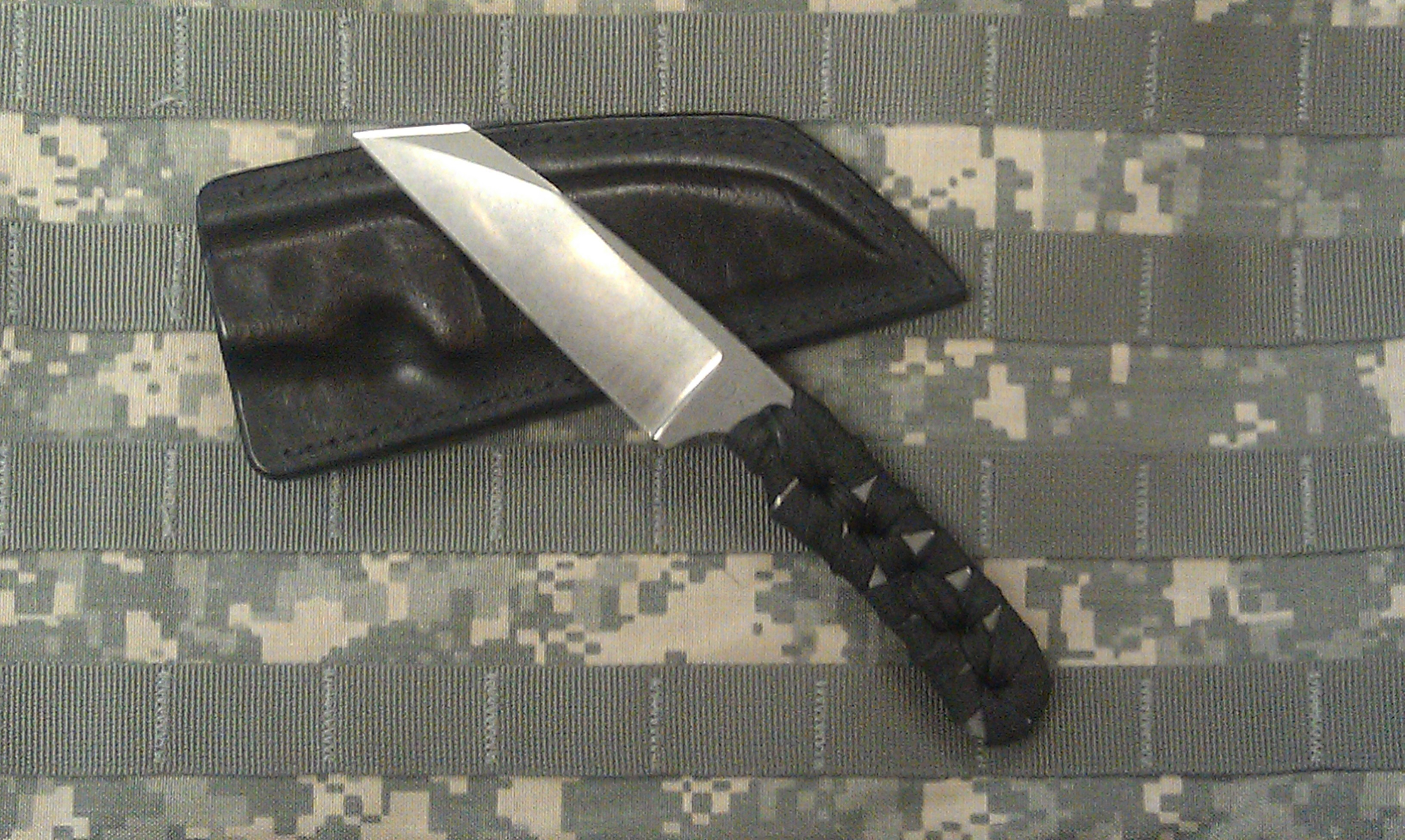 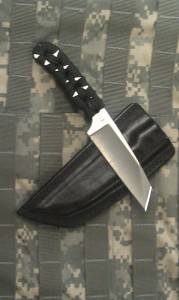 I am one of those guys that is always carrying a knife. I rotate between a Benchmade auto opening, a couple of Gerber’s (one of which I won in a contest on Weapon-owners.com, very cool site, check it out) and a Spyderco. Recently I was asked to check out a knife from Crazy Frazee Forge for the site. Located in Tumwater, Washington, Crazy Frazee forge is owned and operated by Daniel Frazee, a “physical therapist by trade and a knife maker by obsession.” His shop is located in his garage, where he performs every operation from forging to heat treating to sheath making-truly a one man show. 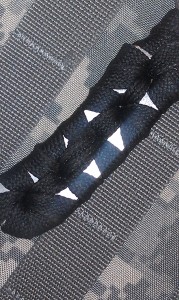 The knife I received is his Wasp model. This particular one is made with D2 steel, which is a tool steel very similar to stainless. The blade shape is a Wharncliffe blade (similar to a sheepsfoot blade) with a straight cutting edge, except that instead of the back of the blade curving up to the back from the tip, it runs at a about at 45 degree angle and is ground and sharpened. The handle is drilled with the holes ground smooth, and wrapped in epoxy soaked parachute cord. The sheath is an attractive brown leather and is situated for horizontal carry on a belt. While worn on a belt in the small of the back it was comfortable to wear and easy to pull from the sheath, which holds the knife firmly in place. My testing consisted of what I generally carry a knife for: cutting 550 cord, opening boxes, etc. (no persons or animals were harmed during testing). I opened a few bags of frozen vegetables and a bag of dog food with the knife, and for what I did with it, the blade is still as sharp as when I received it. 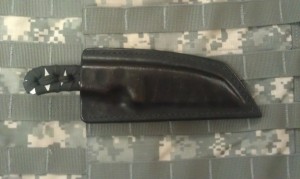 Mr. Frazee makes custom knives, and at $200 the price of this knife reflects that, however, that is only slightly more than a comparable knife by most big name manufacturers. More important though is that he is a man with a passion for blades. He will make you a knife to yours specs with whatever blade, length handle material and sheath you desire. His variety of metals include 1080, D2 andO7 carbon steels, and 440C and AEB-l stainless steels. Grip materials include micarta and resin impregnated wood, and can make a sheath for you from leather or kydex. He also accepts all major credit cards as well as Paypal. For a full list of materials, as well as what he can do, go check him out at frazee.blademakers.com 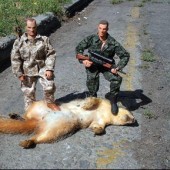 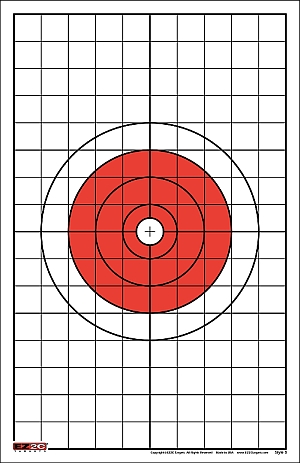 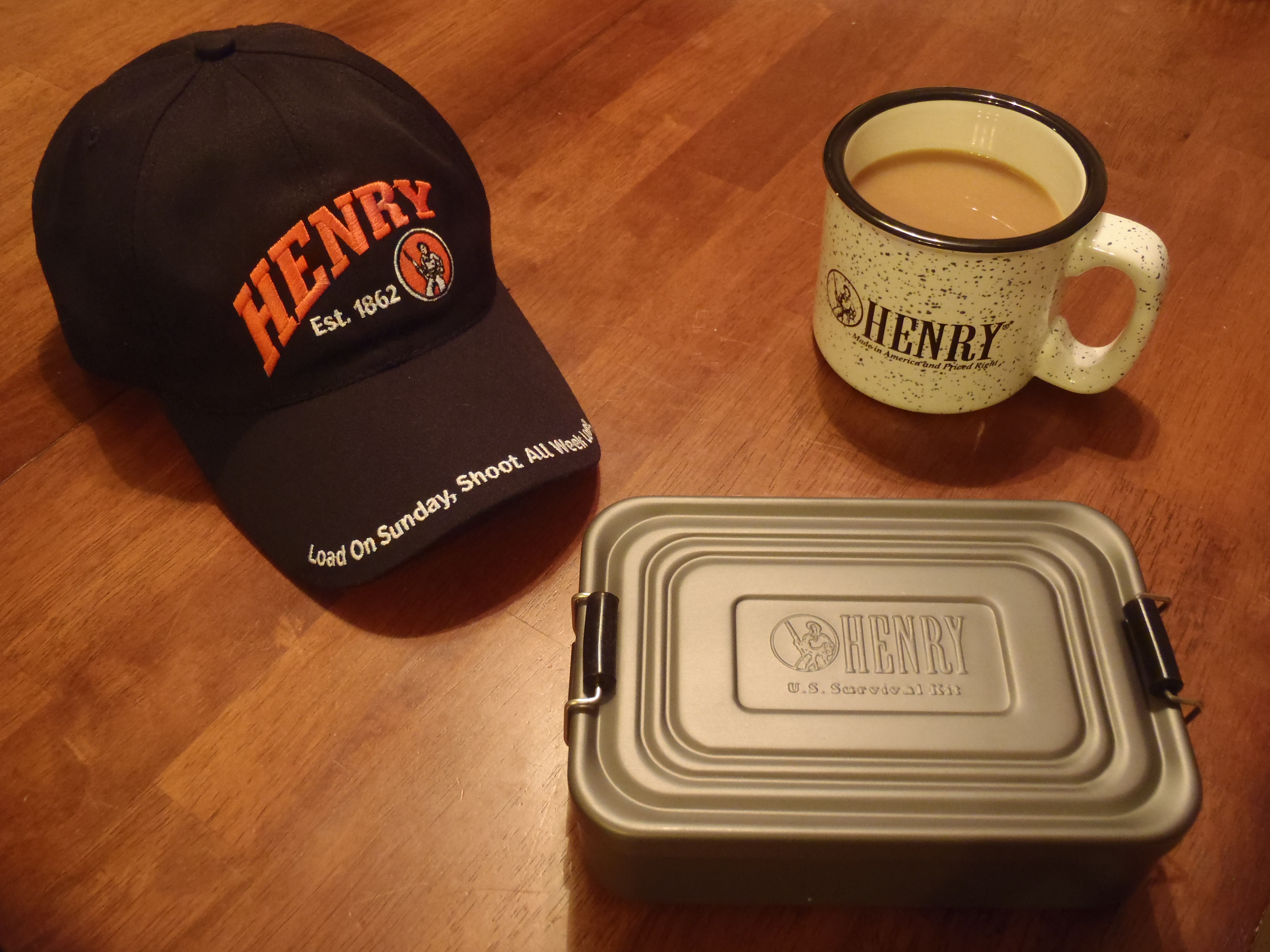 Shoulder holster with a twist 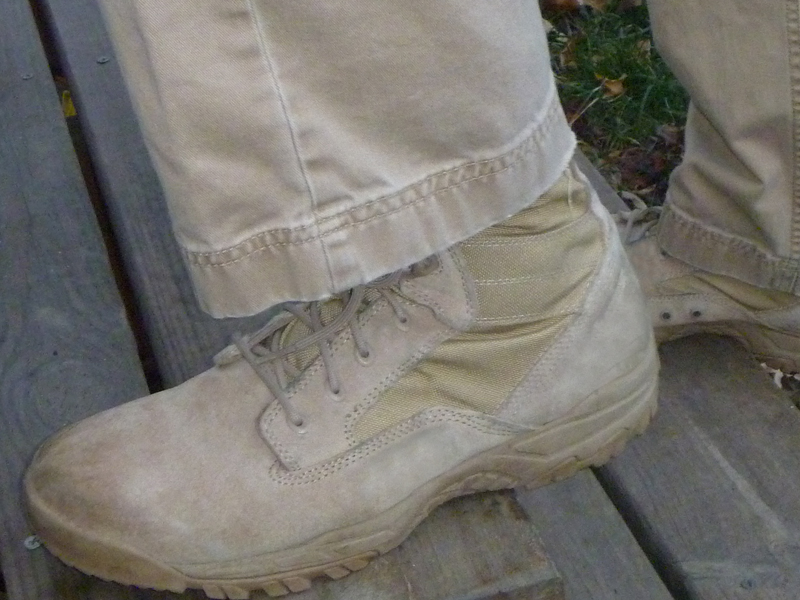