Welcome to We Like Shooting’s Double Tap, Episode 163 Where we answer your questions, talk about new tech in the gun world, and touch base on gun industry news.

#WackyWeapons How to make Mace work

Jerambe, do you sell fishing gear at ur gun shoppe?

Who is your least favorite clone from Star Wars?

Who is your favorite clone from Star Wars?

Why are AR Iron sights so expensive? I recently started using a 9MM AR pistol to carry while hunting. I’m looking for a set of Irons to be used as the primary daytime sights (running a laser for nighttime as they are great to tell if there are any small saplings in the way of the shot). The pistol will see aggressive field use so I’m looking for a set that is going to hold up. I’m thinking flip-up sights might work best. But all the sights I’m finding that have more than 2-star reviews are over $100. Can you recommend a solid set of irons that aren’t overpriced? Not that I’m a poor I just don’t understand how these are valued so high. And I don’t want a red dot or other optic for this pistol. #SSB #WLSISLIFE

I live in the increasingly commie gun hating state of Hawaii. I know Jeremy, I should just move, but it’s never that easy. I also know that while you are not lawyers and are definitely not my lawyers, y’all might know, having FFLs and being and having SOTs. If I were to have the correct FFL and SOT, could I then have and manufacture Hawai’i prohibited firearms (anything NFA as well as what they call “assault pistols)? Of course I wouldn’t be getting either an FFL or SOT to circumvent those rules and that would just be one of the perks of having them. If Hawaii’s legislature wasn’t an ass backwards bunch of idiots whose idea of a good time Is tongue punching Bloomberg and Gavin Newsome’s fart box I would have filed for tax stamps and ordered pistol braces long ago. Just wondered if y’all had insights.

Keep on keeping on,

This is long so feel free to shorten it.

Got out of bed (as per usual) and walked around the house. Looked outside and saw two pretty big dogs running around my chicken pen trying to get in. I performed a tactical imitation of Usain Bolt back to the bedroom, grabbed an AR with a Sig red dot on it, Eric Liddell’d it to the door and took a couple pot shots in the direction of the dogs to scare them off (wasn’t sure of the laws, didn’t really feel like killing a dog, etc). However, turns out even if I had wanted to kill them I noticed the cover that the red dot comes with was still on and even if I had wanted to aim carefully I couldn’t have. Thankfully it was just to scare some dogs away from some chickens, but I immidiately thought about what if those were two legged critters and they were in the house… from now on for me scope/dot covers will be used for transportation only, at least on guns that have some sort of defensive purpose.

I posted this story online and someone commented that there is a theory out there that says it may not be a bad idea to keep the front of the red dot covered, and when shooting you superimpose the dot onto the target that you see with your other eye (both eyes open). The thinking behind it is it will help with transitioning between different lighting’s and will prevent the dot from being washed out if the opponent has a light. Is this theory legitimate? I’m skeptical but since I never heard anyone say anything about not keeping covers on defensive firearm optics maybe I’m just not as informed as I imagined…

Oh good Lord! If I stop listening to the show, it will be because of Aaron. Someone needs to say it!

I would rather stand in a Siberian bread line while wearing a sequined banana hammock and listen to Savage read insurance questions from Reddit while giving a handy to Carl Marx if it meant I didn’t have to hear sleazy Aaron try to explain how his completely wrong opinion is somehow correct. When his candy ass rage quit the other day, it was beautiful.

Aaron is wrong on most things and trying to change the question doesn’t make him right. It makes him an asshole….

Also fuck Savage… but not as much as Aaron.

What is your opinion of the “moons out goons out” night vision kit from tacticalshit.com? Thanks. #cancelaaron

Hey Guys, Got a question that will make you laugh. I was building an AR pistol lower the other day and was about to stamp all the info on it when I had an idea. What about not only stamping all the required info on the lower but stamping the whole lower like a word search. Think I would get in trouble? #WLSISLIFE #SSB

# Not Guns
THIS WEEKS TOPIC: 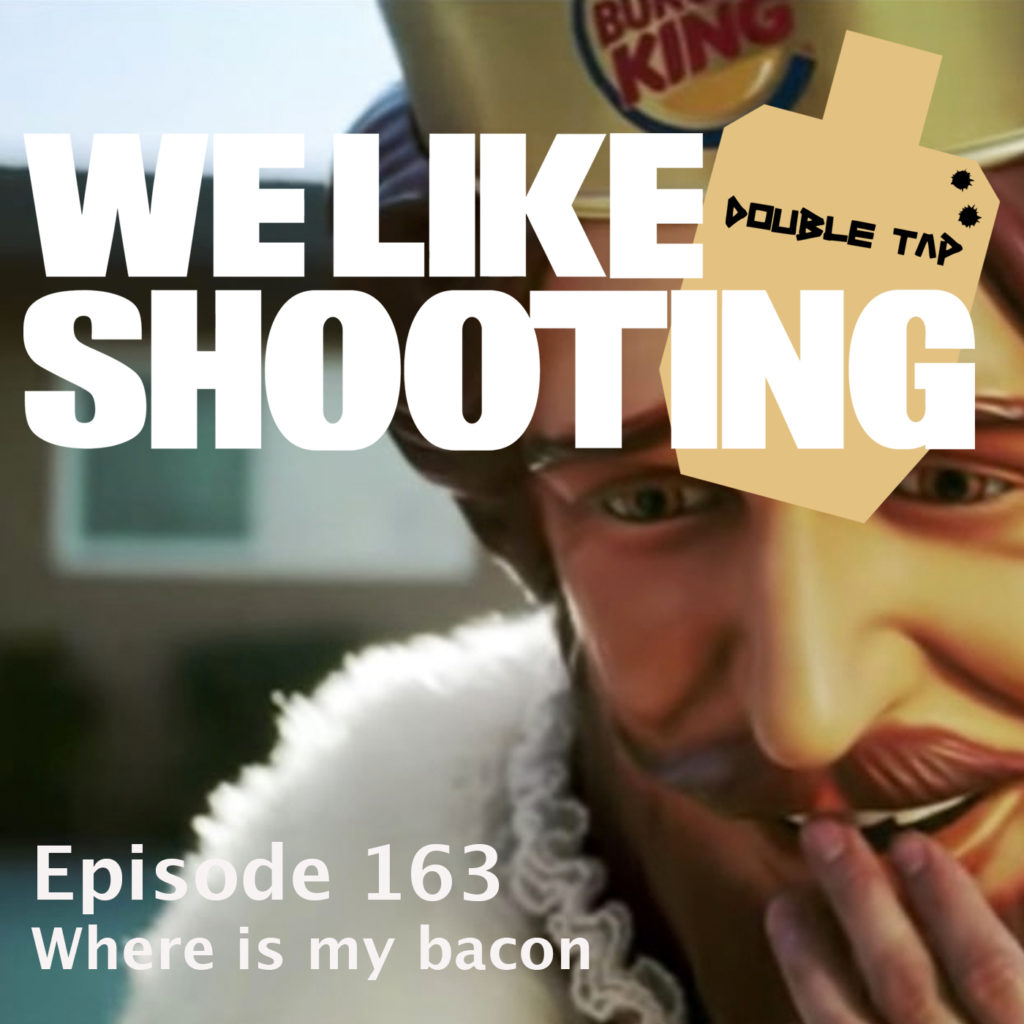