Welcome to We Like Shooting’s Double Tap, Episode 134, Where we answer your questions, talk about new tech in the gun world, and touch base on gun industry news.

Oh, Great Cult Leaders, I seek higher knowledge. Please excuse me if this comes off unclear as I’m not really sure how to explain my idea and this little box makes it hard on my phone. I’ve been thinking a lot lately about the state of our industry and I’m wondering if a change in tactics, to protect our rights, might be in order. My thoughts kind of pull in a lot of aspects of the industry together. I understand there is a tax on Ammo and Firearms that goes towards conservation and many people are upset over the way it gets used. Largely that it is used for environmental projects and some would like to see it used towards shooting sports other than hunting. I am also in the hunting community and hear about these projects such as: the backwoods hunter and anglers, Mule Deer migration research, QDMA, OnX Land Locked Property access projects, migratory bird projects, wetland protection and the list goes on and on. What if we partnered with some of these organizations to great more value? Such as with the mule deer migration we could piggyback on an overpass project (say rt. 80 in Wyoming) to create a shooting range that is closed when the mule deer are using it? Or work with OnX to purchase right-of-ways to the millions of acres of public land that are inaccessible due to being landlocked and put a shooting rang on it; use it for migratory animals, public hiking and a way to donate game taken to starving orphans. Then the liberal nuns are on board, we are influencing the next generation, and we put up a small plaque that says paid for by ammunition sales so don’t complain about the noise. Near me, there is a private range where they not only have a range but a fishing pond and campground. The whole thing closes during the Whitetail Deer season so members can hunt the property. It’s a way of getting more value out of the land and money it takes to run the place. Or we find ways to work with energy and climate change organizations along with restoring habitat and we put a shooting range on it with public access. Then we could even pull in non-profit organizations like scouts and trade schools to build these things, helping to bring the next generation into our sports by teaching those skills they need and can use elsewhere in life. We could even do something where the game that is harvested is somehow given back. There is a company in Texas that is hunting feral hogs and has developed a way to get them into the commercial food industry. We could do something like that then give it to the starving orphans and make that the marketing message. So the media liberals would get on board and not even know the program is funded by gun sales. Then when they want gun regulations we can say if you pass that the kids will suffer. Get where I’m going with this? We could also use these projects as a way for sport shooters and hunters to learn from each other. Older hunters are aging out and those are the ones that really are resistant to new technology. Younger hunters are just learning from grandpa and don’t take a serious interest because they get teased for using new technology. Or the Boomers get that tech outlawed. Maybe Bugaloo preppers’ could learn skills they really need from hunters and hunters could learn about this new technology bugalooers are developing. Creating more value for both sports. I’m reaching out to you guys as I think this would really need to be a message started by the influencers. Someone needs to start putting a new message into the echo chamber. We need the ogre fudds like Jeremy to start saying this rifle is X dollars and Y goes towards these save the children projects. Right now most people don’t even know they’re paying a tax or how much it is. This is why hunters tolerate paying for a hunting license. All of the money we pay goes right back into conservation. Even if it is not heard right away, eventually we can make it the loudest echo in in the chamber. I know IV8888 does videos on hunting and I think that is a great start. Maybe the guys at guns and gear review can start reviewing products that could be used towards these new missions instead of the next red dot or pistol variant no one cares about. TGC has been searching for a way to effectively communicate to the liberals; maybe through environmental projects is the answer. We can give Guns and Gadgets something other than the NRA fear tactics to report. So I reach out to the cult leaders and ask is it too late to change our message? Are we at too crucial of a point that we can’t focus on the longer game? Is this viable, is this the right message, and how do we do it? #SSB #WLSISLIFE

Hey guys I just wanted to know what in your opinion is the best sub 500 dollar shotgun for a first shotgun. Also why is Savage even on the show, I can never tell a difference between an episode where he’s there and one where he’s missing. Probably because Jeremey and shaun never let anyone else speak. Except when Aaron interrupts.

Is it safe to shoot new federal syntec pcc ammo out of an old S&W 915? Or is it too high pressure? And if so what would you recommend for ammo in that old pistol for a 10 yard shot at a whitetail deer?

We all know you can’t put a VFG on an AR pistol unless it is over 26” but what are your thoughts on the BCM “VFG” on an AR pistol? The ATFs opinion is that a VFG is 90 degrees to the bore but if you look at the BCM is is canted?

Hmmmm Seems like legally it would work but not sure if I want to be the ATFs test case or not. I like my dog and wife too much for the alphabet boys to shoot them.

Thanks, keep up the great work

# Not Guns
THIS WEEKS TOPIC:   2nd annual what is everyone’s resolutions 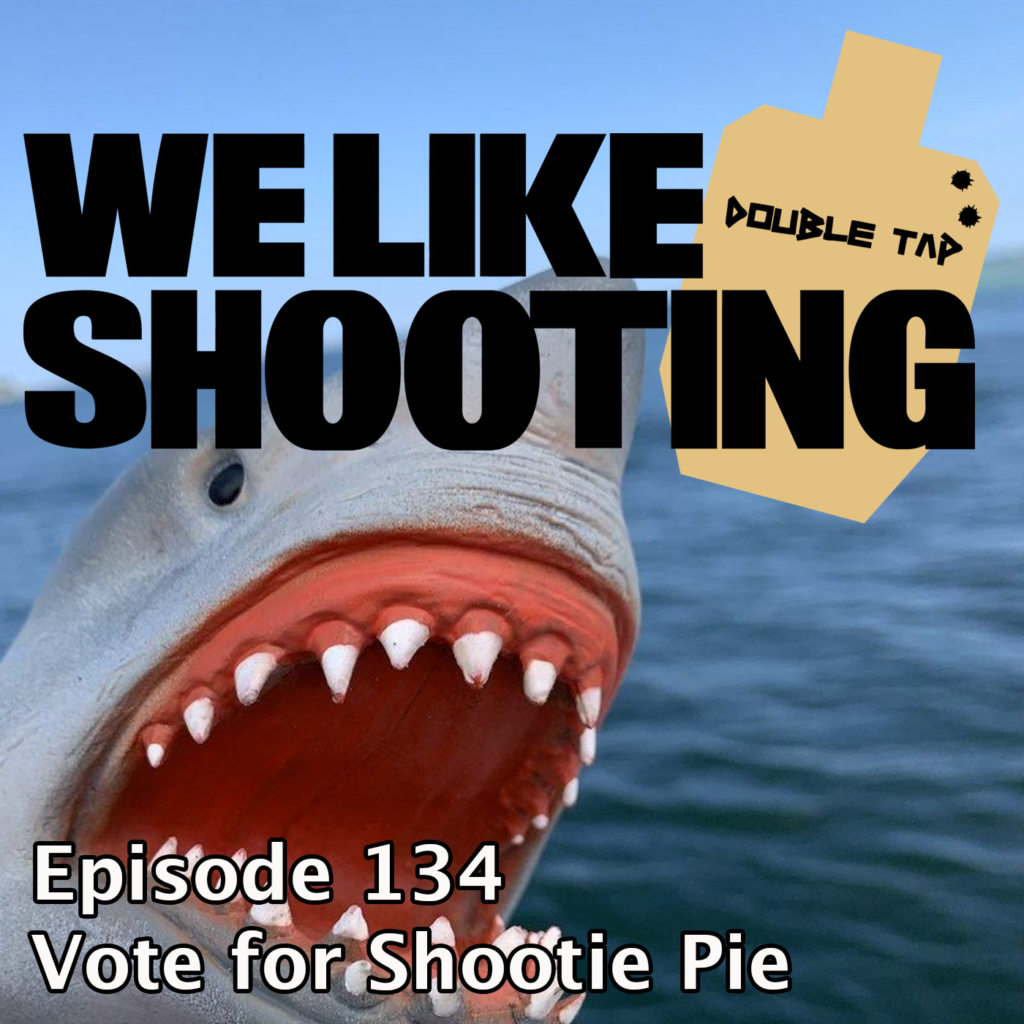