What can bullet proof vests stop?

By Thomas Bowman for SafeGuard Armor

When looking at buying a bulletproof vest, it’s only natural to wonder how effective a particular vest will be. Not all bulletproof vests can stop all bullets, so it’s a good idea to obtain a basic understanding of common weapons and how they are stopped.

Body proof vests weren’t fully bullet proof until Kevlar became widely used in the 1980’s. Kevlar is a synthetic fiber that is incredibly strong. The molecules arranged in each strand are extremely difficult to move apart, meaning it takes a lot of energy to do so.

The panels in bullet proof vests are made up of many layers of tightly woven strands of Kevlar. When a bullet hits each strand, the energy it takes to move or break apart the strands is “stolen” from the bullet and absorbed by the Kevlar. This way the kinetic energy that would cause the bullet to go into the wearer’s body is non-existent when/if it makes it all the way through the Kevlar.

Each vest is rated by the National Institute of Justice to have one of four protection levels. Each level is capable of stopping bullets of certain caliber shot from certain kinds of weapons. Always remember that a vest isn’t guaranteed to work just because its level supposedly stops a certain kind of bullet at a certain velocity.

Bullets vary greatly around the world, and guns can be modified– only use the NIJ levels as guidelines and make sure to research thoroughly the protection level you’re getting compared to what you might be facing.

Let’s take a look at some common calibers, what weapons they might come from, and what levels are needed to stop them:

9mm Parabellum: This is one of the world’s most popular handgun cartridges and is widely used by police and military. It is often found in semi-automatic pistols and is used by many civilians for self-defense. Shot at lower velocities, a level II-a vest will protect against it. The level II vest will stop higher velocities.

.357 Magnum: This bullet usually is fired from a revolver, except for the Desert Eagle—apart from the Coonan 1911 this is the only semi-automatic pistol that fires these rounds. .357 magnum rounds have great “stopping power”– the ability to incapacitate their target immediately upon impact. Level II bullet proof armor is needed to stop this round.

10mm Auto: This round was created to offer greater stopping power than the 9mm as well as better trajectory and range than the .45 ACP. Various branches of Law Enforcement continue to use the 10mm, and despite its recoil it has been marketed successfully as ammo for hunting and self-defense. To protect against 10mm ammo, a Level IIa vest is needed.

.44 Magnum: Similar to the .357 magnum, this bullet is usually shot out of revolvers, although this one can also be used in rifles as well. Created in the 1950s, it comes from the well-known S&W Model 629, popularized by Clint Eastwood in “Dirty Harry” as the most powerful handgun in the world (it was at the time). To protect against this, you will need a Level IIIa vest.

.45 ACP: The .45 ACP, also known as the .45 ACP or .45 Auto, was designed by John Browning. Most famously, this round is used in the M1911 pistol that was adopted by the US Army in 1911 and used as the standard for the next 74 years. Certain Special Operations units continue to utilize .45 ACP weapons, and its low muzzle flash and recoil combined with its accuracy and stopping power has ensured its popularity elsewhere. A Level IIa vest offers the required protection against these rounds.

5.56x45mm NATO: This is a very common round most commonly chambered in the M16 rifle. Performance is affected by the weapon used much more with this round, and there have been criticisms of it because of this. Level III armor is needed against this ammunition.

.30-06: First adopted in 1906, this round was the US Army’s primary cartridge for nearly 50 years. Particularly because of its relatively low recoil, which makes it easy to use. For protection against the .30-06, Level III armor is needed.

.308 Winchester: This is one of the most widely used and successful cartridges in the world, being used primarily by militaries and big game hunters. It duplicates the ballistic performance of the .30-06 and requires a Level III vest.

7.62mmx51mm NATO: Another popular and versatile rifle cartridge, this was introduced in the late 1950s and is similar to the .308 Winchester. Against this ammunition, a Level III vest will suffice, but if facing an armor-piercing variant, a Level IV vest will be needed.

Level III armor protects against most rifle rounds but requires a heavier metallic or ceramic plate to be inserted into the vest. Protection can be offered against armor-piercing rounds, but this will require a Level IV vest.

Tom has written a number of articles as part of SafeGuard Armor. He uses his expert knowledge of stab and bullet proof vests to help provide information. 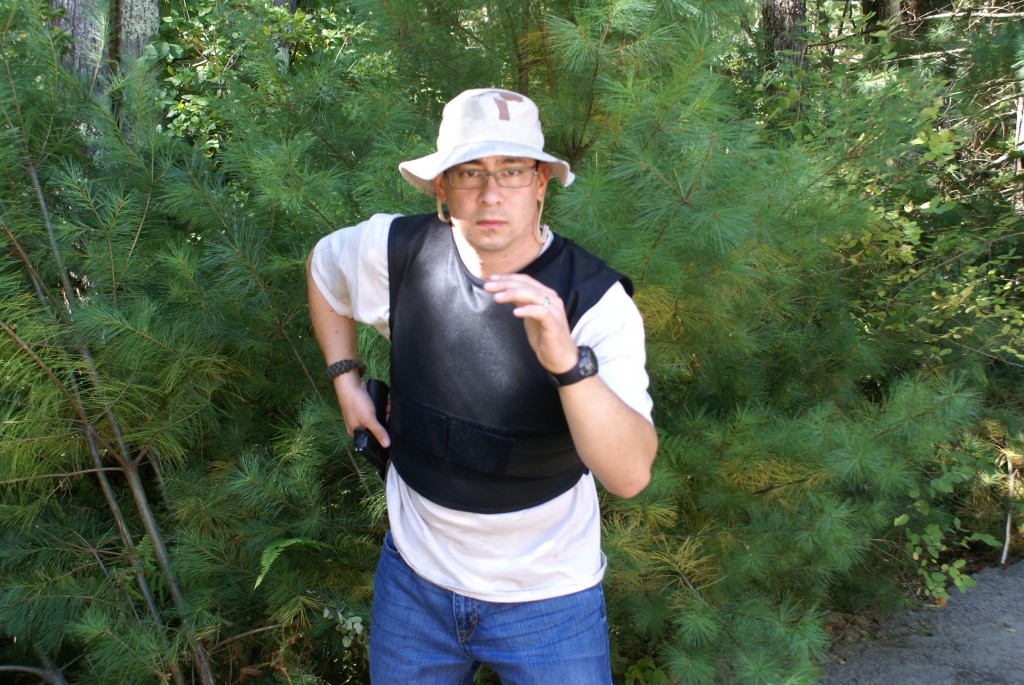