Trigger Con, worth the travel?

Great show! Except when the machine gun moron is hosting! What a shit show! Here’s a couple ideas give Savage the this week in guns show with the cast of gun and gear review. Savage can give us all the news like he doesn’t now. Savage can ignore the other cast members so we don’t have to hear them fail at trying to be funny. Let Jon Patton and Othais do the gun and gear review podcast.

Semi functional alcoholism and full retardedness at its finest.

This podcast is a mix between a sirens song and cats fucking. Shawn is trying to herd chickens while Savage is knuckle deep in his nose, Jeremy is either muted, pissed off or throwing out some obscure knowledge on a topic nobody cares about. AARon is being AARon and Nick is probably shitting has pants or dead. I love every minute of it and will recommend this podcast to all!

Five Stars from Not The Poe:

Once upon a podcast query, while I pondered, weak and weary,

Over many a quaint and curious volumes of episodes to view—

While I nodded, nearly napping, suddenly there came a tapping,

As of some one gently rapping, rapping at my screen to view.

“’Tis some pop-up,” I muttered, “tapping at my screen to view—

Only this, but that to do.”

Ah, distinctly I remember it was in the bleak December;

And each separate dying ember wrought its ghost upon the floor.

Eagerly I wished the podcast;—vainly I had sought to broadcast

For the rare and radiant hosts whom the devils named Herrin,

Nick, Thumb, The Ogre…and a Jew.

And the podcast, sad, uncertain, claimed to never be a burden,

Thrilled me—filled me with fantastic terrors never felt before;

So that now, to still the beating of my heart, I stood repeating

“’Tis some episode entreating entrance at my cochlear door—

Some late episode entreating me to listen to;—

Presently my soul grew stronger; hesitating then no longer,

I smashed the download button while I caressed my phone anew.

But the fact is I was napping, and so gently you came rapping,

And so faintly you came tapping, tapping at my screen to view,

That I scarce was sure I heard you”—here I opened Stitcher to view;—

Pure bliss there, and that’ll do!

Deep into that darkness peering, long I stood there wondering, fearing,

Doubting, dreaming dreams no mortal ever dared to dream Fix by Q;

But the silence, it was broken, and the stillness gave no token,

And the only words there spoken were exasperated, “That’ll do?”

This I whispered, and an echo murmured back the words, “That’ll do!”—

Merely this and the Fix by Q.

Back into the chamber turning, all my soul within me burning,

Soon again I heard a tapping somewhat louder than before.

“Surely,” said I, “surely that is something in this podcast entrapping;

Let me see, then, what the threat is, and this mystery of blue—

Let my heart be still a moment at this mystery’s debut;—

Open here I flung my jacket, revealing Bertha from the Hackett

In the hopes their steely raven contents to ignore;

For the ramblings of Aaron, leaving a paradise near barren,

Would drive a sane and psycho both their views askew—

For his mouth, it would not close, until a giant man arose,

At the behest of the Herrin, “Arron, that’ll do!”

The juggernaut was not beguiling, the Aaron’s face no longer smiling,

By the grave and stern decorum of the lashing that he spew,

“Though thou may be a friend, thine logic hath no sense,

For your words often show that liberty you eschew.”

As the rage-quitting begins, another cast member steps in.

Quoth the Herrin “That’ll do!”

Much I marveled at one ungainly, to hear discourse so plainly,

Though his bubba answers had little meaning—little relevancy bore;

For we cannot help agreeing that no living human being

Ever yet was blessed with seeing only Washington state’s news.

It begged to question the sanity of those cultists who paid their dues.

Quoth the Herrin “You’ll pay, too!”

But the Nick, sitting lonely on the Herrin’s right, spoke only

A few words, as if his soul in those words he did outpour.

Often quippy, though he mutters—and his beard sure needs some cutters—

And his wisdom he imparts on the variants of AK-74—

His stints are oft quite brief, his bowels demand relief-

Then the Herrin queries, “Number two?”

Startled at the stillness broken by the ogre’s burping token,

“Doubtless,” said Herrin, “what it utters is its only stock and due.

And the Thumb, he keeps repeating, like a ravished sheep is bleating,–

The silliness of Washington, its many laws askew.

Followed fast by Nick and Aaron, one is sick and one a Karen.

That’ll do. Yes, that will do.

But the Cast still beguiling all his fancy into smiling,

Herrin placed a Savage Hi-point in front of screen, and cast and crew;

Then, upon the barrels glinting, He betook himself to licking

Fancy unto fancy, thinking that this ominous hue of blue

What this grim, ungainly, ghastly, gaunt, and ominous gun of poors

Meant in croaking “You’re a poor!”

This he sat engaged in guessing, many syllables expressing

To the cult whose fiery eyes now burned into his half-beard core;

This and more he sat divining, his head with whiskey reclining

On the cushion’s velvet lining of a couch the back room bore,

But whose velvet-violet lining with the lamp-light gloating o’er,

Then, he thought, the air grew denser, perfumed from an unseen censor

Swung by Facebook whose foot-falls tinkled on the tufted floor.

“Wretch,” he cried, “The Dems hath sent thee—Politicians of the lefty,

Respite— and nepenthe from memories of Facebook, The Censor; 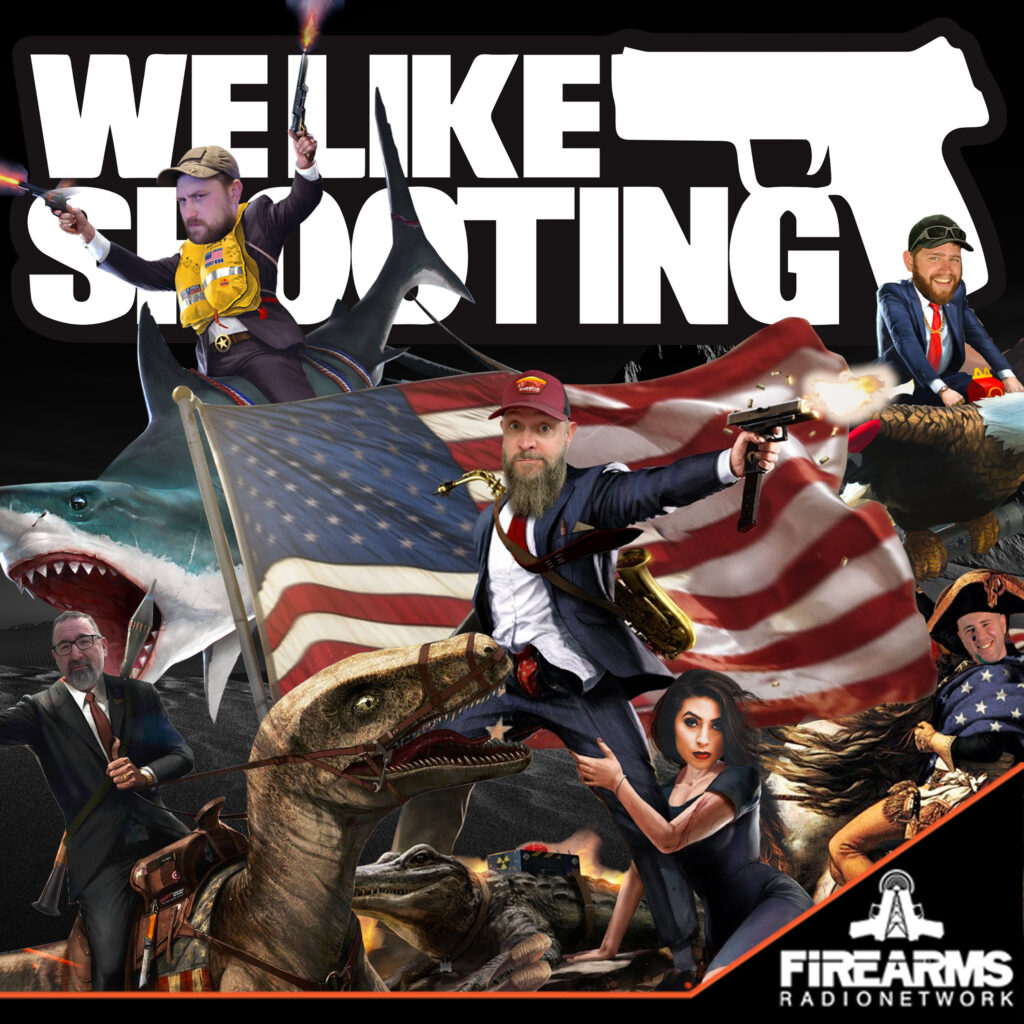