WLS 311 – The Dangers of Being Stoked 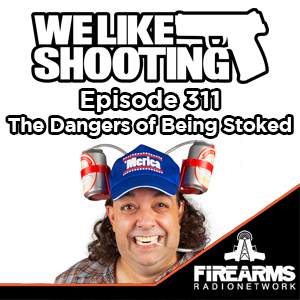 This episode of the We Like Shooting show is brought to you by Second Call Defense, Manticore Arms, DEZ Tactical Arms, the Sonoran Desert Institute, Faxon Firearms, Patriot Patch Company and Brownells!

Welcome to the We Like Shooting show, Episode 311 – tonight we’ll talk about Grey Ghost Precision, Naroh Arms and more!

Our Guest is Bill Vitiello from Naroh Arms

You can find more about Bill Vitiello here

Brought to you by Brownell’s

Where we talk about the gun lifestyle!

The importance of Med Classes

Everything you could possibly need.

Support the show by buying from Brownell’s! FRN get’s a percentage.

Quickly taking over. Barrels, slides, the ARAK and more!

Brought to you by Faxon Firearms

The Danger of WLS

The problem with WLS is that it’s like a drug. I listened once and I was hooked. Maybe it was the Shawn conducted the interviews, or Aaron’s comedic timing in dropping one liners, maybe it was Nick’s amazing blandness and dry humor or Jeremy’s sandpaper like approach to being human. Be careful people, because the first hit is free.

I just had an ND

I just had an ND in my ear, because of this amazing show. Love the cast, Shawn is like Ben Cartwright from Bonanza, His leadership brings the group together, Savage is like the Carwrights cook, Hop Sing. You go girl! Jeremy is the Hoss of the group, big dumb and so full of happiness. Aaron being a Jew, ran everything behind the scenes because you know this is Hollywood. I kid I kid, Aarons not a real jew, he is poor. And Nick, my favorite out of everyone on the show he would be the Map that gets burned before each episode. Because he is full of knowledge and information, like a map, but he gets burned to death… because that is what I am going to do when I find him, and then wear his charcoaled skin like a jacket. Keep eating buddy, I am a big guy as well.

A show featuring the #SSB ATM with ears (Shawn), a man two cheeseburgers away from fatal heart disease (Nick), a man who wants your wife as much as he wants your gold (Aaron), a living embodiment of gun knowledge and hate personified (Jeremy), and a stand-in penis substitute (Savage).

But in all seriousness, one of the best gun podcasts out there, full of tons of humor, insight, and free of politics, something that’s endemic in many others.

ps, Shawn needs his Glock 43 chamber adjusted to fit 33 round magazines, if you know what I’m sayin’. 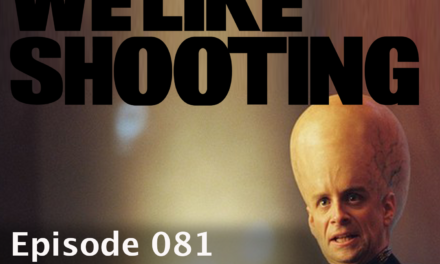 WLS Double Tap 081 – A question for you telepaths 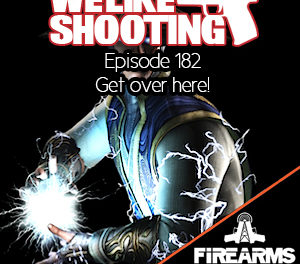 WLS 087 – Only outlaws will have guns 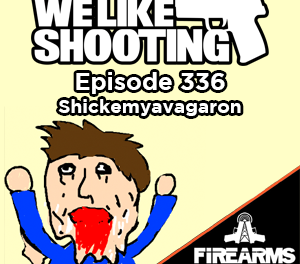