Welcome to the We Like Shooting show, Episode 231 – tonight we’ll talk about Chain saws, whiskey Binoculars, poop and more!

Our Guest is from

You can find more about here

Gun store owner bringing case to the Supreme Court about the basic right to sell guns.

This is the most entertaining gun podcast out there. It’s a group of sophomoric, intellectually challenged, Gun Lovers talking about Guns, Gear, and Shooting, all while consuming adult beverages……Shawn is the host, who tries to maintain order while drinking (171). Imagine Foster Brooks trying to herd cats…..Savage’s job is to read news articles from the interwebs. Sometimes he makes them entertaining…..Aaron’s purpose seems to be to always interrupt Shawn when he’s reading sponsor ads. Sometimes he talks about gear……..Nick is the guy who….um…uh….not sure what he does, but he is on the show……Then there’s Jeremy. Even though he’s a Marine, he’s got more snap than the others. His rants are quite entertaining. The others tease him about being homosexual. Clearly he’s not. It’s obvious he’s a switch-hitter. If he reads this, he’ll probably say he’s gonna whoop my butt…..he’s such a silly boy…….All these weirdos make for an awesome podcast!!!

I love the Mexican music, and Iâ€™m Puerto Rican

First of all, the mariachi segment will unite north and South America, end of story. Couple that with the token Jew to unite part of the Middle East, the Jew part, but that’€™s another story. That should at least get the Hasidic part of New York on board. With Jeremy being part of the USSR, somehow, we can unite the commies through him. They are the freaking UN is you ask me. Nick and Savage will get the stoners to get on board. These guys can unite the world for a common cause. Now if we could only figure out what that cause is we can make some headway. Either way, we are all united, towards what I don’€™t know but we are together. Keep up the good work towards leading us to an unknown end. #wls is life, or death. We don’€™t know yet.

Okay, so I drove to Michigan and have tried to kill Aaron on 4 occasions, first I hid a road sign in his blind spot, he hit it, and survived, so I decided to step it up a notch, I had a guy ram his car, on the plus I killed his car, but he still lived. I tried to poison him but apparently the guy can eat anything and just comes out as a liquid on the other side. Okay the fourth time I tried to kill him was the other day, he was taking a nap and I put a pillow over his head and held it there for like 30 minutes… I swear to god I heard his dick fart, wich made me think he was breathing out of other holes…  Yes… Aaron is unkillable. 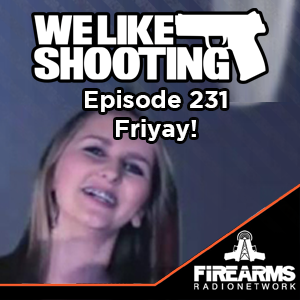