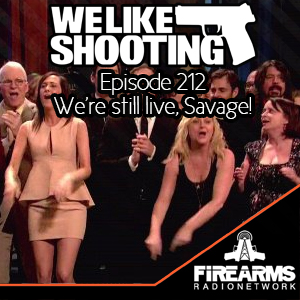 Our Guest is Ryan Cleckner from Rocket FFL

You can find more about Ryan Cleckner here

sofa king we todd it

Episode 210 finally made me a patreon

This is my 2nd review. My first was a silly 5-star review. Episode 210 was probably my favorite episode as far as substance and class. Your interview with Voda was very tactfully handled and I appreciated him being able to speak his mind and answer questions without being interrupted and shouted down which leads me to my next point. I appreciated all of your full throated and unapologetic disdain of nazis and communists. I share the same disdain. But you defended their right as American citizens to gather and speak as long as no harm was caused. You suckers are all so funny and you’re show is so entertaining that I never ever miss a podcast. But I don’t know any of you from Adam so that was not enough to make me want to be a patreon. After 210 I believe I can now say that I believe all of you are likely patriots and generally good guys. That is why when you say that Jeremy is gay then I have to believe that Jeremy is indeed gay. My grandfather was shot in the legs and feet in the Battle of the Bulge and it ended his military career but brought him home thankfully alive and he blessed me with tons of knowledge and guidance through my years that he was alive. 5 stars and 4 bucks!

I am Voda Consulting alumni. Just Kidding! I’m still alive. I’ve always thought We Like Shooting was a good podcast, but after Episode 210, it went from good to great! To give you an idea of the glory of episode 210, first I would google Paranoid Narcissistic Personality Disorder to understand Episode 210’s guest. Next, listen to the podcast, douse your head with gasoline, set it on fire, and put the fire out with an axe. I know this sounds bad on paper, but as the axe begins to split your skull, you will experience the sweet relief of not having to listen to the insane blabber of a guest who exhibits every sympton of the above-mentioned disorder. The tipping point was when Nick stopped the conversation and said to the guest, “You are one of the biggest phonies I’ve talked to.” I was so happy to finally hear someone say this, that I stopped the podcast and said to myself, “I’ve got to start paying for this sh*t.” So I did. I went to lovewls.com, became a Patron, and joined the private WLS facebook page just so I could read the comments. For the record, it isn’t just this particular episode that’s great. In episode 171 host Shawn Herrin got so annoyingly drunk, it motivated me to grab my wife’s cat, bring him to a high school football field, and kick him through the uprights. While I’m pretty sure my cat enjoyed scoring three points, I know you will enjoy the endless gun talk, industry news, and the general buffoonery that is We Like Shooting.

Shawn Herrin is the drunk dad of the group. As you watch the show you see he goes from limearitas, To real beer, and finally hard liquor as the stress of managing this group of Misfits gets to a more and more.Now that he’s the president of the FRN, we expect to see him drinking 195 proof Everclear. Or maybe isopropyl.Nick Lynch lost his sense of excitement, enthusiasm, and ability to stay up after 9 in the settlement to his divorce. He seems constantly bored, and is only actually on the show so he can take over from Shawn whenever he’s had too much.Aaron Kreiger is the fat friend Shawn keeps around to make himself feel better. He’s also the token jew, and they rag on him constantly about it. Being of the tribes myself I’m not sure if I should laugh or be offended.Jeremy Pozderac is the marine that wasn’t issued a neck or any F[Jeremy, you know what goes here]cks, but by a clerical error was issues Lil Chantilly’s profane language and rage in addition to his own.He originally thought the second amendment protected the right to bare arms. But is okay with the guns too.Savage is the cheapskate bubba gunsmith, his entire firearms collection could be purchased for the cost of Shawn’s nighthawk 10mm. He had the tinfoil hat subdermally implanted, but it cost him his hair.Rhody is the road island godfathah. He’s the reason the cahst of corn has rose three hundred pahcent. He left the show ta make custom shoes wit only the finest Portland expahts.Lil Chantilly is the ginger angel who no one really knows how she got suckered into the show. She left after having enough of Aaron’s sh[Jeremy, you know what goes here]t. A fact for which we have still not forgiven him for.Ava Flannel is the female clone of Aaron. Except thin and kinda hot.She’s got a face for the red carpet, and a voice for an anechoic chamber. And she left the show to get away from Jeremy because he’s the only one who can outshoot her.Kelli Sampselâ€‹â€‹ is the three gunner who should be on the show more. She shoots for IWI, loves her Tavor, and owns Jeremy’s heart because is was a buck fifty from the surplus store bargin bin.And I’m totallynotshawnherrin, consistent smart a[Jeremy, you know what goes here]s who may or may not be gunning for Aaron’s job when the beetus finally takes him. 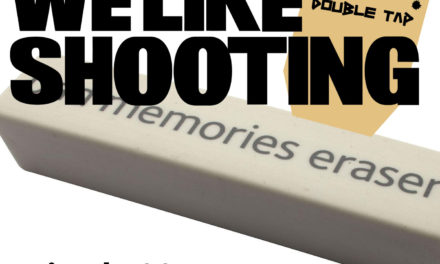 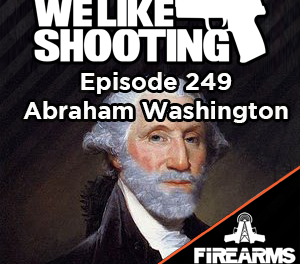