Our Guest is John McClain from Competition Shooter

You can find more about John McClain here

thanks for having Maj on WLS.  He is educating an underserved community about their rights, and their responsibilities to secure and be safe with firearms, even if they are prohibited persons.  Just cause you caught an F ( a felony) doesn’t mean you are allowed to break basic gun safety rules and endanger others in your vicinity.

I listened to episode 166 and hear everyone’s concern over people carrying “burners”.   Fear not guys, that just means “a firearm” in north Philly.  Doesn’t mean it was stolen/ a drop gun/ or missing serial numbers, it is just a firearm.  I live a few blocks away from there, here are a few more fun examples I have learned.

Keep up the good work, I never miss a show.

Jeremy, I’m not sure what gets censored on this itunes thing, so go ahead and just insert random expletives as you see fit.Shawn, you know hashtags don’t work in real life right? #PoundSign. Don’t bother Savage about not showing his face. You know he doesn’t want anybody to see him smoking pot and playing video games. Which, by the way, is why his connection is so slow and he sounds like a robot penetrating a light socket. Aaron, I’ll pray for your ‘beetus man, but I don’t know if that works on Jews or not. I think it’s funny how Nick suddenly has no idea what’s happening every time it’s his turn to talk. Ava, keep up the good looks. I mean work.On a serious note, the show is great. You guys each provide a meaningfully unique point of view, and you’re great at sparking thought provoking conversations with your guests. & yoo no i cudn letchu git off dat ez jirumbey!!!1 i betchu thot yoo wuz bout 2 get thru a revue & not git kald gey. Butt its OK i think bein gey is legal now or somthin.

It’s great to have finally found a firearms related podcast that breaks the stereotypical fat, old, white guy image. Of course they do have an old, fat, white guy (aka Aaron) but they also include an openly gay former marine and a transgender woman! The gay guy constantly talks about his boyfriend “Jim” and the tranny has a mustache (total giveaway) but other than that the show is both hilarious and informative!!

Love the show guys and gals, your doing a fantastic job. Keep up the great work. Jeremy or as you like to be called in bed Jerome my butt puppet I miss you.

My colleagues and I like to listen to podcasts and practice analyzing the hosts. When we found We Like Shooting we expected redneck inbred sister loving hillbillies, we were mostly wrong. It was actually really entertaining and funny, but we still had a job to do, so this is our clinical and professional opinions of each of you; Shawn you suffer from something simple, it is called subtle racism while it is not in the DSM-5, it is what you are suffering from, Aaron is a sociopath, his disregard for the feelings of others, a lack of remorse or shame, and the ability to lie in order to achieve his goals also he is kind of douchy, Savage you suffer from more of a medical problem, have you thought about removing your vocal cords and replacing them with a mans?, Nick you either have C.A.P.D. Central Auditory Processing Disorder, or you are retarded, Ava saw you in some videos to follow up on your voice, we had expected you to be skinny and look like Fran Drescher as your voice reminded us of hers, well even doctors get it wrong sometimes, Jeremy we don’t have enough space or time to go through the list of things we could diagnosis you with, but we are sure the cure would be, just come out of the closet. 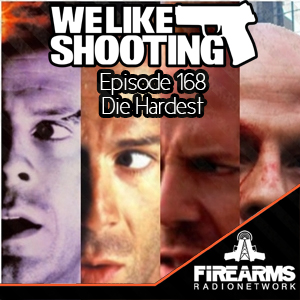