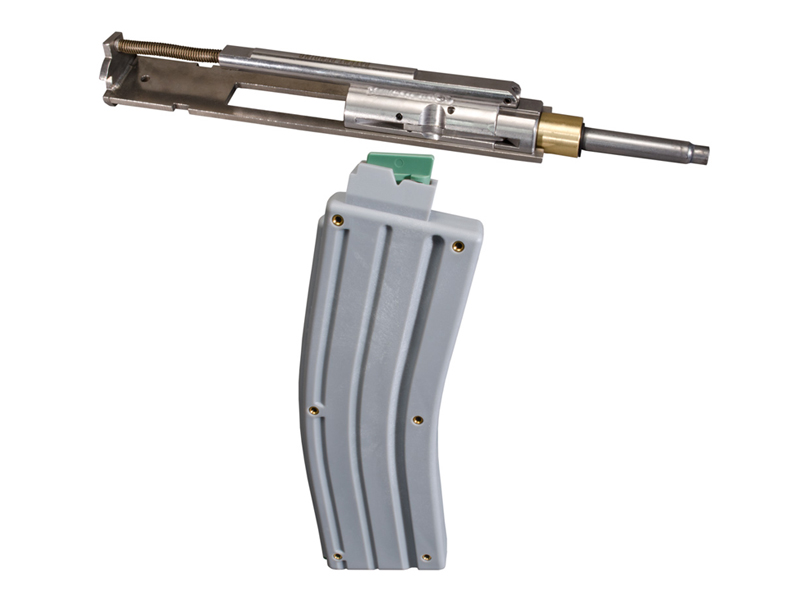 The first thing I thought after assembling my first AR15 from parts was, how can I shoot this all the time?  I mean, I can make it rain, but I’m on a budget, foo’.  Hookers ain’t cheap.

After some research I zeroed in on the CMMG .22 LR conversion kit.  I paid about $179 for the black phosphate bolt and one 25 round magazine.  Now see, this isn’t just a conversion kit, this is a shoot-a-gun-that-you-assembled-with-your-bare-hands-as-often-as-you-want-don’t-be-an-ammo-scrooge-when-your-kids-and-friends-want-to-shoot-your-AR-even-your-wife-will-have-fun-shooting-this kit, and boy did it fulfill all of that.

For all intents and purposes, this is a plinking device.  While the accuracy is pretty good it isn’t 100% and you notice some interesting grouping deviations.  The bolt drops in very quickly.  Remove the rear pin, release the charging handle, pull out the BCG, drop in the new bolt, close charging handle and replace pin.  Insert the specialized magazine and you are set.

A couple of things I don’t love is that the bolt doesn’t lock back further than a half inch.  Makes the ROs a bit nervous during cease-fire as they always give it a second look.  The specialized magazines claim to hold 25 rounds, but I have three or four, and they hold 22 rounds, no more.  Fitting perhaps, but irritating.  Speaking of the magazines, they are sharp, but only on the parts you actually have to touch.  My next purchase was a speed loader, which is better but you still look like you’ve been hand feeding piranha after a day at the range.

Bottom line, I am happy with the purchase.  It made me love my AR15 even more than I already did.  My wife loves to shoot the .22 LR out of it and I can always plink several hundred rounds without my wallet pressing charges.  I’m certain I’ve saved at least the purchase price of the kit in ammo costs in the nine months that I have had it.

(I use mine in a Spikes upper and it fits flawlessly, same with the magazines.) 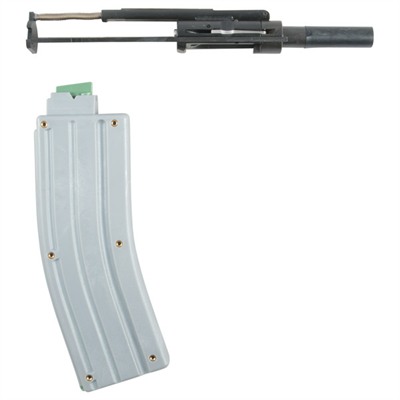