Welcome to Double Tap, episode 273 your hosts tonight are Jeremy Pozderac, Aaron Krieger, Nick Lynch, and me Shawn Herrin, welcome to the show!

Hey guys i need your help making a decision. Im debating between a bullpup or an ar pistol both in 5.56 . I need something that can take care of black bear, coyotes, and the occasional tweaker while I’m at my camp. I have about $1500 to spend to so any suggestions would be great.

So, in college we’re studying the supply chain and what causes bottlenecks and kinks etc. I just read something very interesting in our course textbook.

Manufacturers (lets say of primers for example) of products will use “rationing” in times of high demand. So, if the available supply is 75% of the total amount of all the orders, then each order gets filled to 75% capacity. Buyers will inflate their orders to get 100% of what they want which incites a domino effect leading to over-inflated demand.

In light of this, I have heard rumors of 2 new primer factories being opened in the US. Do you think once they are opened and producing, the costs will go back down to reasonable levels?

Hello my fellow know it alls. Just wanted to comment on Jeremy’s numerous rants about how easy it is to hunt. I’ve been trying to get into hunting for awhile now. I grew as a city slicker unfortunately and it seems like everyone in the hunting community in WA state is all about who you know. So for new people it’s extremely difficult because no one wants to give you the time of day. I’ve joined fb groups and when I’ve put up posts asking for someone to help me learn I get flamed and end up getting kicked out with admins often saying “this group is for hunters”. How does that make sense?!?! Also out license system sucks balls (Shawn’s smooth loooong ballls). So no Geri-me isn’t easy everywhere. Yes I’ve watched YouTube videos but like a lot of people I learn by doing things hands on.

My ultimate goal is to kill a black wolf and make it into a rug. Love listening to you guys (besides Aye-Aye Ron & Jeremy when he tries to be a know it all).

P.S. I sent intel to Jeremy for two machine guns for sale and he admitted he didn’t have “that kind of money” (lol, Jeremy is a poor).

Now for the question, I need a dressy edc belt (for a suit for work). Been looking at the Kore Essential belts. What’s y’alls opinions on them? And no the Blue Alpha belts aren’t dressy enough.

So I spend 50 hours a week pumping leaded gas into aircraft. For the last 11 years. Now I know why I’m getting stupider. I can’t remember anything and don’t give a shit about other people’s feelings. Maybe I’m just an asshole or maybe I got lead in my head. Fuck Aaron. 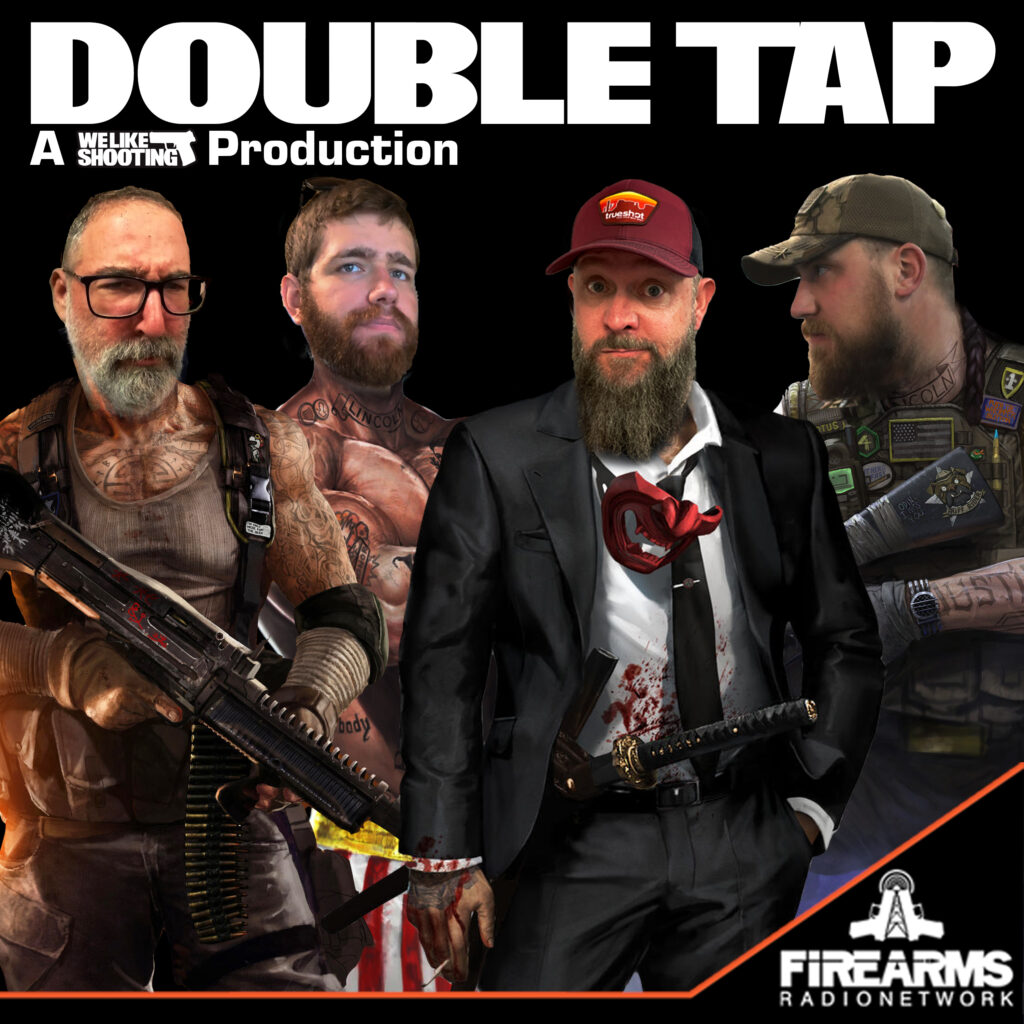