Welcome to We Like Shooting’s Double Tap, Episode 186 Where we answer your questions, talk about new tech in the gun world, and touch base on gun industry news.

What style modern home would you want during the Boog? Single story rancher? log cabin? Two story brick? Are basements a good thing or a bad? What “currently normal and available” home would you seek to purchase with the Boog in the possible future?

I hear people use the term “sporterized”. Can y’all explain what that means?

Dear WLS with the introduction of the Savage Impulse and the possibility a Biden/Harris gun ban do you think we will see more straight pull rifles like the Browning MARAL becoming available here in the states?

If you went all Donner party on A A Ron, would that be considered a kosher meal?

So I had to go get piss for my truck at the local fleet farm. I decided to take a stroll through the sporting goods and see what they had in stock for guns and ammo. No ammo but a guy was deciding between the glock P80 and the hellcat. As expected the fuddery ensured. The only fuddery that stood out was made by the box store employee. He stated that he only trusts glocks because his buddy who served in Afghanistan had stated his service glock handgun was run over by a M1 Abrams tank. While this is plausible depending on the soil conditions (sand vs wet soil vs concrete) so my question is can you please test this? I feel this is a great use of WLS staff time.

PS Shawn’s butthole is so close to becoming currency…..

Was that the boogaloo?

I started listening to your podcast by accident because I thought it was called “We Like Spooning.” Since then, I have learned many things. I learned that there are different types of guns with different flavored bullets, owning guns makes you want to murder people, and Taylor Swift makes quality holsters.

I learned that A A Ron and Savage are communists, Nick builds buses in his spare time, and Jeremy is the illegitimate offspring of Randy Quaid and Brother Theodore.

My question is this: I heard Shawn refer to himself as an FFL. I just assumed this stood for “Fat, Flatulent Loser.” Can you confirm? 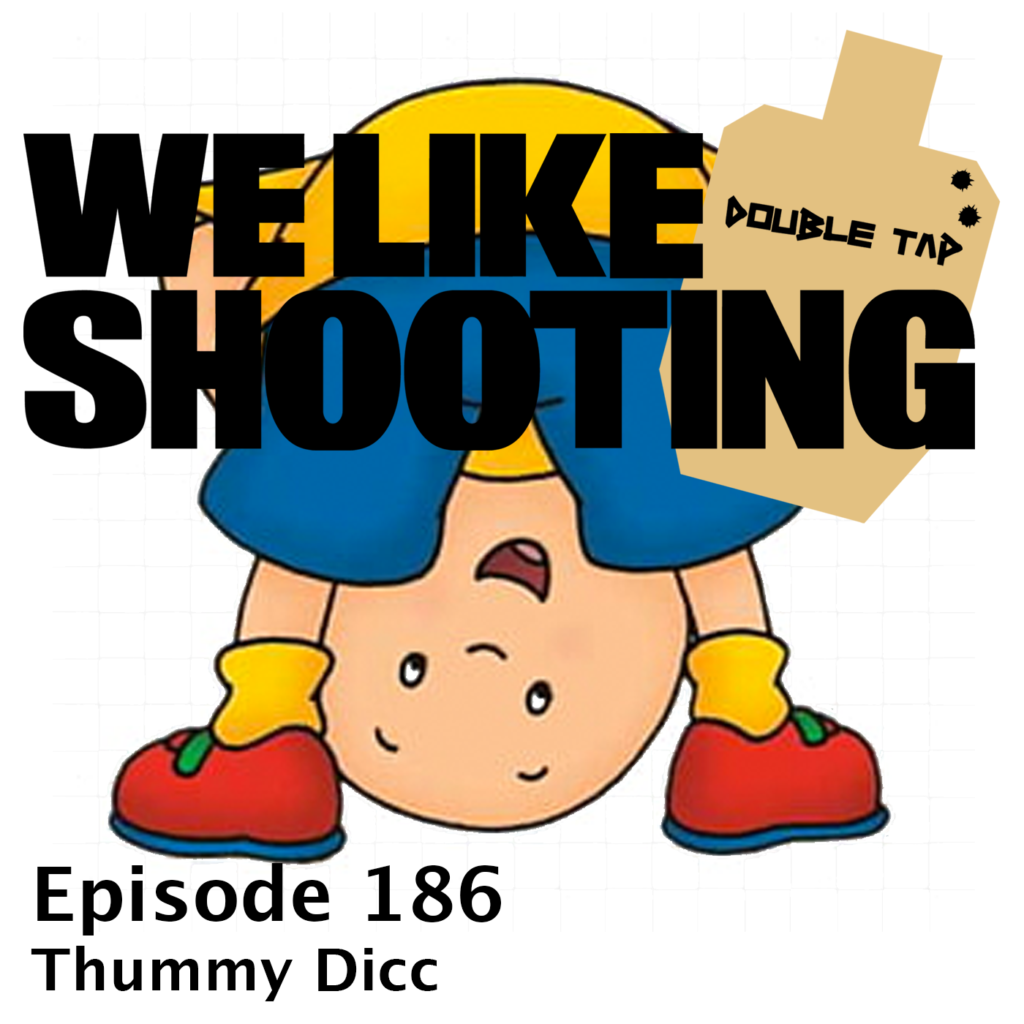