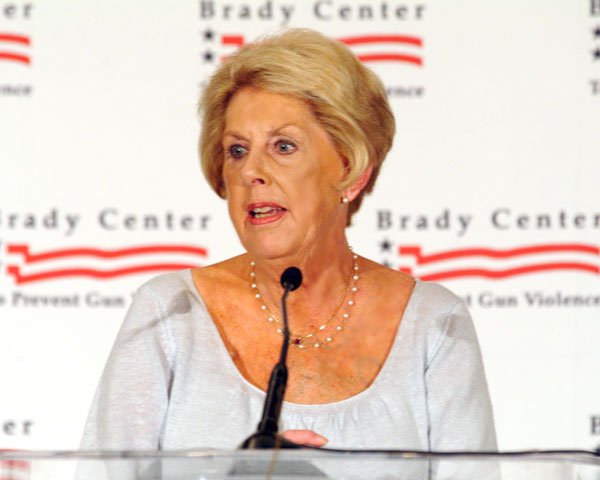 Editors note, this epitaph was left as a comment on one of our shows by YouTube user Excedrine. I thought it was really quite beautiful and wanted to share it with a larger audience.

Editors note, this epitaph was left as a comment on one of our shows by YouTube user Excedrine. I thought it was really quite beautiful and wanted to share it with a larger audience.

On 3 April, 2015, Sarah Brady, founder of Handgun Control Inc. which would eventually become The Brady Campaign to Stop Gun Violence, quietly passed away.

Rest in peace, Ms. Brady. I can only offer my deepest condolences to your family and friends, as they lost a confidant, a mother, an aunt, and a grandmother — and so soon after losing Mr. Brady at that. As Ambrose Bierce opined, “Death – when he comes announced, is to be greeted with all the formal manifestations of respect, even by those most familiar with him.” May they both finally find the peace in the next life that they could not find in this one.

It is unfortunate that circumstances thrust upon her turned her down the path that she ultimately took. Nobody should have to suffer the sort of pain and anguish that the Brady family was put through.

It is, as it always was, what we do in the aftermath of those horrors that define our character.

It is only fair, then, to note that I and millions of others didn’t dedicate the entire remainder of our adult lives to crushing hers or anyone else’s civil liberties because some random tragedy affected our lives. No one’s personal strife, no matter how grievous and devastating, is ever a legitimate excuse to harm the rights of others who have not committed nor are inclined to commit such crimes themselves.

In her case, she openly poured her sorrow into a purely raw emotion-driven campaign for laws that do not now and never would have prevented or meaningfully delayed in any way future crimes the likes of which they suffered.

So instead, she became an enemy of freedom, attempting to subvert our sacred civil liberties via perversions of the Rule of Law — that she and the rest of her ilk only pretend to cherish and only when it suited them at that — and then vehemently demanded that myself, my family, my friends, and indeed all of my fellow Americans be helpless in the face of those with evil intent and who have absolutely no regard for the value of Human life. All this while hypocritically arming themselves, their powerful and politically-connected friends, and their rich benefactors, cowering behind the same armed security they would zealously deny to the rest of us — personally and at gun-point — if given half a chance. In other words, she only wanted to force the same suffering that she endured onto the rest of us, to force us into being and feeling as powerless and weak as she was. The production of the product invariably creates more victims, and thus, more demand for the product. Cause meets effect in a devastating positive feedback loop.

The best epitaph for her death can only be that: “Her campaign for gun control was only an attempt at generating an emotional response to an issue best discussed intellectually, and then summarily dismissed without acting on it upon discovery that it is and was in fact since its inception intellectually bankrupt and furthermore morally repugnant.” I at least have the necessary empathy to keep myself from celebrating her death, in spite of the fact that she and those of her ilk did and still do — and loudly for that matter — each and every time one of us dies. I will never mourn, shed any tears, or feel any sorrow for her or her ilk, either; just as she never mourned, shed no tears, and felt no sorrow for the countless victims of her efforts to disarm them — and whose blood was always dripping fresh from her hands despite all of her desperate and feeble attempts to wipe it all off on us and taint us with it.

It is, quite frankly, very surprising that she didn’t simply drown first in all of that blood many years ago.

It wasn’t all for naught, however. Her efforts, and the efforts of all those that continue the fight for the same mandates, have only served to reinvigorate and bring back into our collective awareness how vitally important the individual right to defend our lives, as represented by the Second Amendment, truly is for a people that is determined to remain free. The passage of a bill named after her husband, whom she knowingly took advantage of to campaign for a cause that is only destructive to our civil rights and ironically of the public safety that she feigned concern over, was also again ironically for many the catalyst for entering this fight.

Her work also served to illuminate the unfortunate fact that there are still many like her, meaning that our moral work will never truly be done. We, The People grew fat, happy, and complacent while the enemies of liberty ceaselessly nibbled away at it one little bit at a time. Now, the ranks and coffers of an ever-growing number of civil rights organizations stand full and only continue grow even under their unwavering assault. Meanwhile, for every bit of ground they gain anywhere they also lose in equal if not greater measure elsewhere.

For these gifts, I, and with only the most striking irony, actually (and if only grudgingly) owe her my thanks. Without people like her trying to take it away from me, I would never have fought so hard to preserve our natural, fundamental, and unalienable human, individual, civil, and Constitutionally-affirmed and protected right to keep and bear arms — subject neither to the democratic process nor to arguments grounded in social utility.

For the rest of us, keep your powder dry, your head on a swivel, and watch your six. 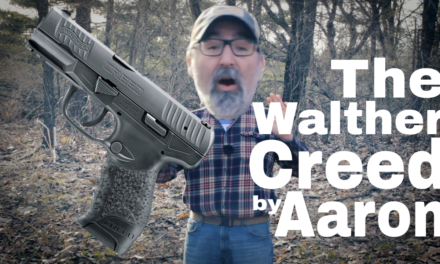 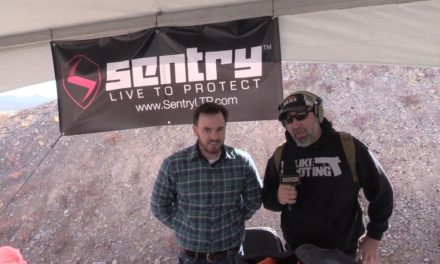 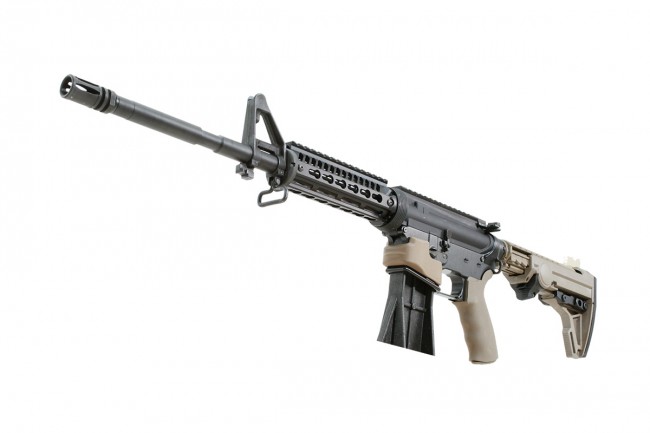 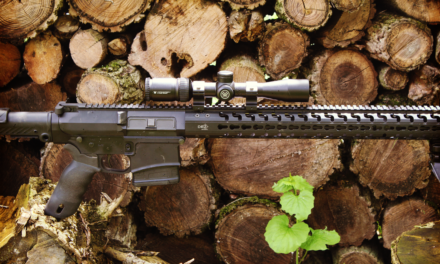